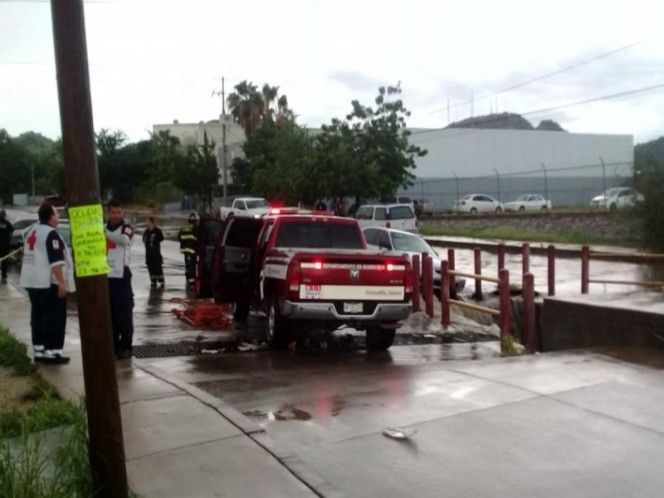 two summer storms they touch different regions from Sonora, which makes a woman dead Hermosillo and extensive economic damage in the border city Nogales, where the army started the DN-III plan to help the population.

The first storm began around 3 p.m. (5 p.m. Mexico City time) when a shower drew in more than 100 millimeters of rain in a few minutes, causing road collapse and flooding in the busiest lanes where vehicles were washed away by the current, while several shops and houses were flooded.

Impressive images of the flooding in Nogales, Sonora

A few minutes later, a summer shower in Hermosillo flooded some of the main streets, including the promenade of Ganaderos, where a 68-year-old woman identified as María Engracia, he died

According to the official report of elements of the municipal police, the victim was found without vital functions under a Honda vehicle gray color, which was parked on the boulevard and the Paseo del Lago in the capital of Sonora.

The report was registered at 4 pm and was attended by rescue companies such as Civil Protection, Hermosillo Firefighters and Red Cross paramedics, who tried to resuscitate the woman who had no vital signs.

According to the testimony of the witnesses, the The 68-year-old lady slipped as she tried to cross the busy lane located in the southeast of the city, the pluvial growth dragged it under a vehicle and He drowned.

The storm with hailstorm and intense electrical activity precipitated 30 millimeters of rain, the municipality of Hermosillo called the population again to shelter from any meteorological phenomenon to prevent tragedies.