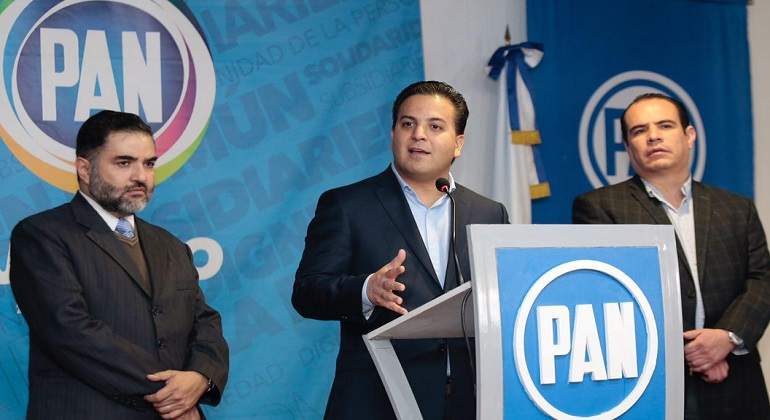 The president of the PAN, Damián Zepeda, said that some of the priority issues that will be part of the legislative agenda of the next regular session will be the promotion of the National Anticorruption System, especially the attorney general's office, and those relating to public security.

The leader spoke at the headquarters of the National Executive Committee (CEN) after the opening of the first plenary meeting of the PAN Senators who are part of the LXIV legislature, and confirmed that the PAN remains a major player in the transformation of Mexico .

After explaining that he, in his capacity as national leader and secretary general Marcelo Torres, led the dialogue with the elected senators, he clarified that the objectives of this plenary meeting are training, integration and planning of what his agenda will be. .

He said that the specific agenda will be announced Tuesday, once the work has been completed, and that the parliamentary coordinator will be defined by the leadership after the plenary sessions in another exercise.

"It is not a question of negotiation, nor of quotas, not that this leadership does not see this at all, we see it as a plan to find the ideal profile to lead the work of both the Chamber of Deputies and the Senate and, for this we have to listen to the legislators and we have to assess every profile that has the ability to do so, "he said.

He said today that the PAN is the first to be the first political opposition in the country and to stand out by being determined, congruent, courageous and responsible and supporting the right by defending the interests of the citizens.

"For years the party was a major player in the transformation of Mexico, in some cases they gave us the number and in others they did not and there was always National Action there, and this will be today, with ideas, with reasoning, with technology, with debate, we will try to convince and reach to be the one who responds or who defends the interests of citizens, "he concluded.