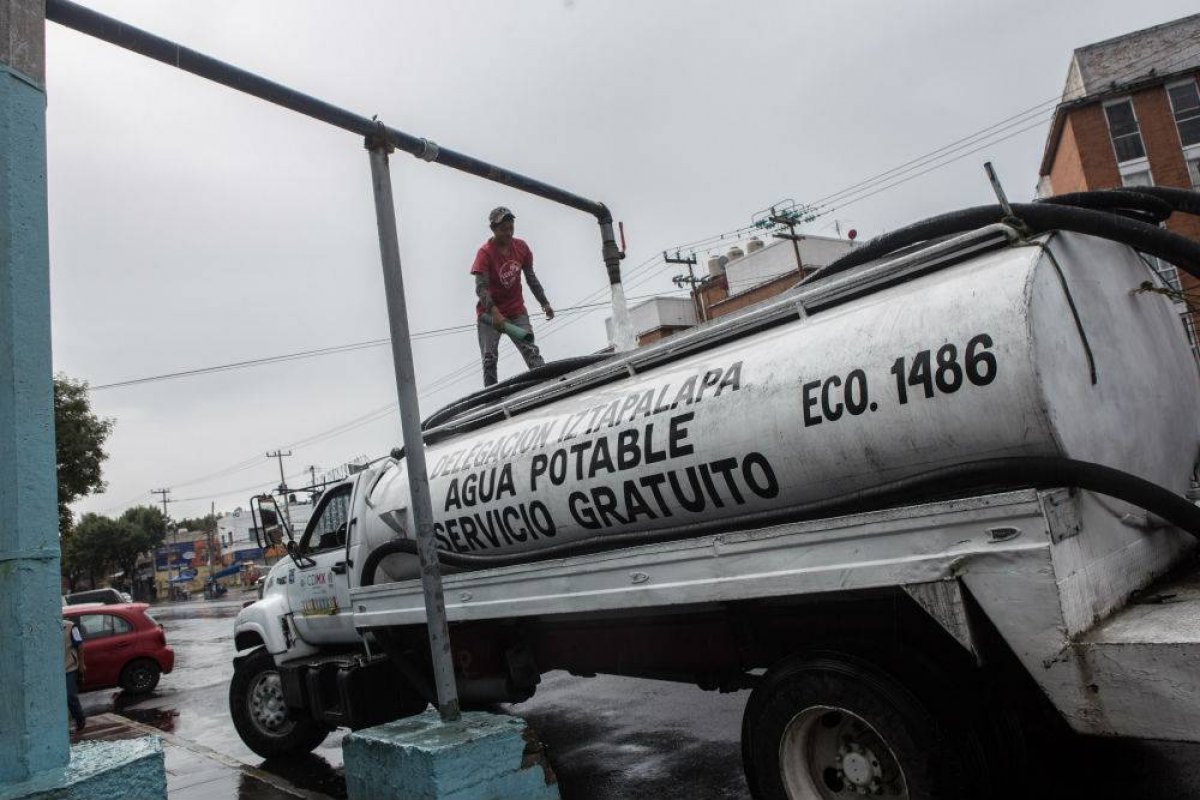 The National Water Commission (Conagua) reported that from 20 September the drinking water supply in Mexico City will decrease as a result of maintenance work on the Cutzamala system in the municipality of Tláhuac and in the factory. of removal of Fierro-Manganeso, reported Antonio Juárez, director of the Water Account Authority Valle de México.

In the case of the municipality of Tláhuac, the works will be carried out from 05:00 on Thursday 20 September at 05:00 on Sunday 23 September, so the operation of the wells will be suspended. that means a reduction of 75 percent of the "La Caldera" factory.

It may interest you: Water shortage in Mexico City is due to heat wave: Sacmex

The remaining 25 percent of the offer is distributed by the water managers of both entities.

The works that will be carried out at the factory "Fierro-Manganeso" will be from 5 o'clock on Tuesday 2 to 5 o'clock on Friday 5 October.

In order to carry out these works, the block water supply of the "Lago" installation will be suspended, which will affect the services in the northern zone of Nezahualcoyotl.

In the case of the Cutzamala system, the works will be carried out at the "Los Berros" factory, from 5 a.m. on Wednesday, October 31 to 5 p.m. on Sunday, November 4.

"The preventive actions that will be carried out at this plant will guarantee the quality of the water supplied to the Valley of Mexico, and these planned maintenance work will ensure greater safety in the operation of the system and a smaller number of possible shutdowns in the future. to carry out correction work ", the engineer added.

Ramón Aguirre, director of the Water System of Mexico City (Sacmex), added that with the first cut, in the case of Iztapalapa, 35 colonies east of the Sierra de Santa Catarina would be affected, where 270 thousand people live.

"Where it is necessary to note, in connection with the four-day Cutzamala attack, 96 hours at 100 percent, this system gives us 30 percent of the water, but mixed with wells it supplies about half of the city, that is, we have delegations where the service will fall: in Benito Juárez, Miguel Hidalgo, Iztacalco, Venustiano Carranza, Azcapotzalco, Magdalena Contreras, Cuajimalpa, the upper part of Tlalpan, the upper part of Coyoacán. "

Although the work lasts four days, it is expected that the damage will increase, even up to a week, because the tanks and cisterns will be empty as well as the pipes, so he asked the population to keep their deposits full.

Alfredo Pérez Guzmán, head of the Executive Committee of the Water Commission of the State of Mexico, said that the planned first cut will affect the central, eastern and southern zones of Nezahualcóyotl, while at the second cut the affected part is to the north of the municipality.

"In the first cut we would affect about six colonies: in the second, a total of 13, finally, in the case of October 31 to November 4, which would cut the Cutzamala system, for maintenance reasons, we would have influence there in 13 municipalities, about three million 600 thousand people. "