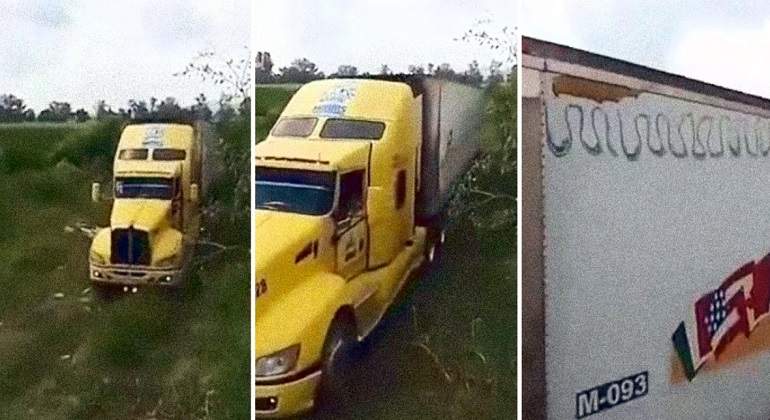 A trailer with 157 bodies has traveled through at least three municipalities of Jalisco and is stationed near residential areas. It is a refrigerated box that is part of the prosecutor's office and that protects the bodies of unidentified persons and that do not fit into the facilities of the Jalisco Institute of Forensic Sciences.

According to the information distributed by El Informador, the trailer was housed in a warehouse in Colonia La Duraznera, in the municipality of San Pedro Tlaquepaque, awaiting the construction of 10 crypts modules with a capacity to house 800 bodies. because the facilities of the Institute of Forensic Sciences are at the top. These crypts are built in the area of ​​El Vado, in the municipality of Tonalá.

Before the protest of neighbors and traders in the neighborhood of La Duraznera, the mayor of Tlaquepaque, María Elena Limón, asked the government of the entity to abide by the agreement to remove the trailer from the warehouse, because he said that they measures had not been taken to keep the corpses there.

"I request the Government of the State to make the telephone appointment in the most attentive and powerful manner this afternoon, to remove the trailer box from these facilities within 48 hours, in view of the dissatisfaction of the population and traders in the area, all the time that the above winery has no licenses for its operation, yet less to protect these appear in conditions of healthiness and humanism, "he said in a statement.

The mayor also accused that this reflects the "inadequate inadequate coordination and communication between the state and the council" because they were never informed of this situation. Then he remembered that they had 48 hours to get the device out of there.

Later, agents from the Public Prosecution Service took the trailer to a Tlajomulco site on 14 September. Neighbors from the area reported leaving the unit near social areas through a subdivision area and also began to protest against the foul odor that came from the unit, even assuring that the box was shedding blood.

Yesterday neighbors shared the video from the moment the trailer was removed from the area.

Eventually the unit was taken to a warehouse in the industrial zone of Guadalajara, near the attorney's office.

PROTEST FOR THE CRYPTS

The neighbors of El Vado, in Tonalá, have demonstrated against the construction of the crypts, because they accused them of being close to the residential areas. Currently the work is suspended.

And is that earlier, on 22 August, the secretariat announced the start of building 10 crypts modules of five by nine meters each, which would have a capacity to house 80 bodies per space, so that they will be able to reach the end. seem to be home 800

For the massacres in Jalisco, 300 places they had previously stored to store the unidentified bodies were saturated. That is why the use of a refrigerated trailer box.

The New Justice System prevents the authorities from cremating the bodies because they are needed for future investigations and to clarify their death.

"We will have to be able to withstand bad odors and ash, depending on the direction of the wind, besides the other problems that can lead to the violent retrieval of bodies," said the residents in a board of directors.

According to the newspaper El Informador, 3,942 autopsies were carried out this year, which amounts to an average of 16 daily procedures; Or, one every two hours.