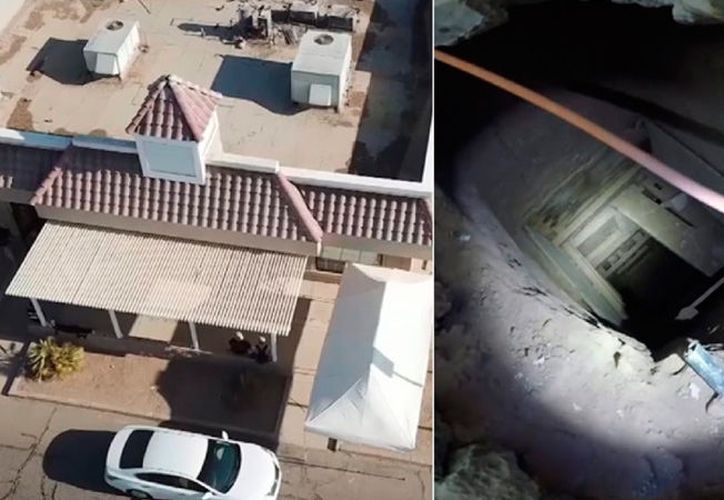 agency
UNITED STATES.- The police of the United States have discovered a tunnel under an old Kentucky Fried Chicken (KFC) restaurant, allegedly used to pass drugs from northwest Mexico to the state of Arizona.

According to the authorities, the underground passage was about 180 meters long, 8 inches in diameter, 7 meters deep and connected to a house in the city of San Luis Río Colorado, in Sonora.

A video shows the tunnel, discovered after the local police in the city of Yuma and the Department of National Security Investigations in Arizona were detained a man with a truck full of drugs on 13 August, who confessed to the location of the smuggler's site, the news portal of UNO said on his website.

Because of the diameter of the underground structure, it is assumed that traffickers have used a rope to lead illegal substances through.

"We believe that drugs They were transported through the tunnel with ropesbecause of the small size ", Brown stated.

The tunnel was discovered south of where the triple wall was built by the border police to stop the flow of migrants and drugs to the country, which has been set by President Donald Trump as an example of what is needed to increase the security of the area .