They will seek punishment for graffiti authors of Light Rail cars

mexico October 16, 2018 mexico, Nation Comments Off on They will seek punishment for graffiti authors of Light Rail cars 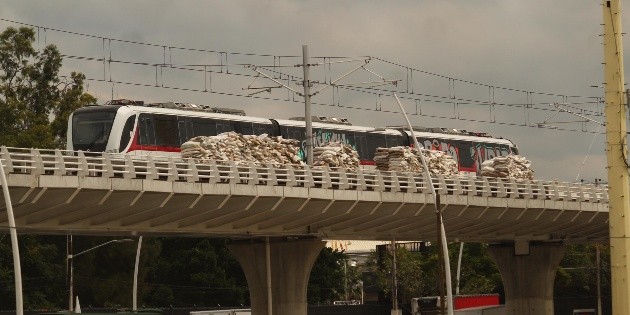 The authorities are already investigating who or who the destroyed people of the cars of a train Line 3, who painted with graffiti on Monday morning, explained the secretary general, Roberto Lopez Lara. "We are investigating this part, we reject these kinds of acts and there will be punishment."

The first studies showed that they were apparently scratched during the early hours of the morningexplained the secretary. Although they have already communicated with the director of the Urban Electric Train System (Siteur), Rodolfo Guadalajara, to file a complaint, López Lara indicated that They asked the person responsible for the parquet, Marisela Gómez Cobosthat opened a research folder per trade.

On the morning of Monday, vandalism was discovered on a train parked on the viaduct, near the station on the Avenida Patria. You could see that one side of the train was covered with graffiti from the bottom to the windows. "They were testing and the car stayed there last night, we also have to see why the car was left there, and also the irresponsibility of people to destroy a public good," explained the secretary.

Last Sunday, THE INFORMADOR published that the columns of the Light Rail have already been painted with graffiti in its elevated routes, although this has not yet been inaugurated.