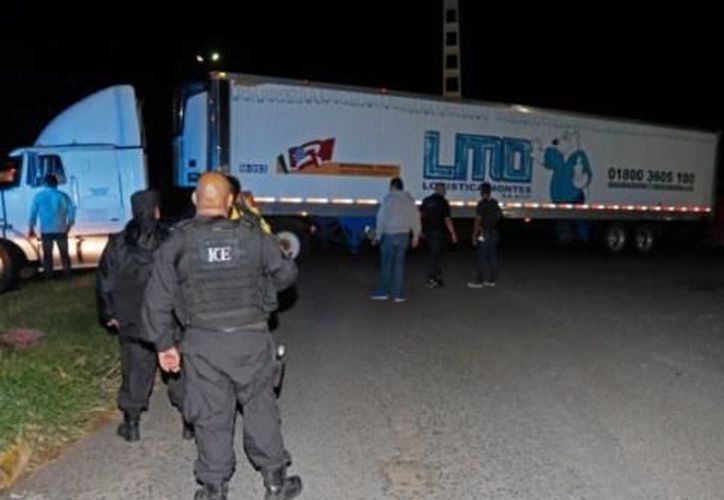 agency
GUADALAJARA, Jalisco.- The Attorney General of the state of Jalisco and today the former director of the Jalisco Institute for Forensic Sciences (IJCF) of the state, Luis Octavio Cotero, deny responsibility for the abandoned trailer with one hundred and fifty corpses in a building rustic of Tlajomulco de Zúñiga, in the same way in an interview that was informed that's not just one, but two trailer, that they would add a total of about three hundred bodies.

The central public prosecutor, Marisela Gómez Cobos, said in an interview with Aristegui News Tuesday that the presiding organ had to send an office to the Institute of Forensic Sciences where the bodies had permission to leave.

"It is taken for granted that the director of the institute should have guaranteed the exit, because it is in the institute where the bodies are guarded, there is a chain of detention, we do the assessment of where the authorization came from and why they went to these properties, "said Gómez Cobos.

You may also be interested: Jalisco prosecutor leaves the trailer with 157 corpses

Meanwhile, Luis Octavio Cotero, former director of the Jalisco Institute of Forensic Sciences of the state, He said that the agency does not have the power to move, bring, carry or send bodies, and that this power is only the public prosecution service.

"The governor can not blame me, I put my hands on the fire of the experts from the Institute of Forensic Sciences, I hope that the prosecutor and the governor will not blame the work of the Institute," he said in an interview on Tuesday with Grupo Fórmula.

The weekend it was announced that a trailer box containing one hundred and fifty corpses are housed and that today it is confirmed that it is not a, if not two, trailer with the bodies of unidentified people who circulated in Guadalajara and one of them was left in a rustic property owned by Tlajomulco de Zúñiga.

"They are in the trailers, the one is the one shown in the media and another that was hired by the Prosecution because we did not have the means to contract that type of service, nor the warehouse where they were. not my knowledge and information, "Cotero said.

These bodies would have been victims of acts of violence linked to organized crime, adding a total of three hundred bodies.

Prior to the above, the cargo ship was in a warehouse at Colonia La Duraznera in Tlaquepaque for several days, but was removed from the site by demands of the mayor, María Elena Limón, who ordered the closure at a council meeting, "this container was in some warehouses that do not have planning permission and that have no work to turn around. "

After having left for more than twelve hours, the cargo ship was removed from the site and hidden in a warehouse in the industrial zone of Guadalajara, near the facilities of the attorney general's office.

After these events, the governor of Jalisco, Jorge Aristóteles Sandoval, announced that responsibilities were found in the execution of the head of the Jalisco Institute of Forensic Sciences, Luis Octavio Cotero Bernal, and rejected him.