Trailer is stopped in Nuevo León with 50 long weapons 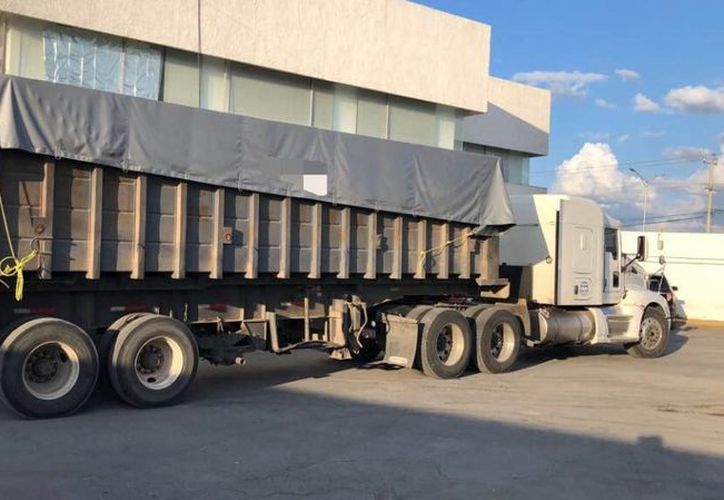 agency
NUEVO LEÓN. Elements of the Attorney General's Office (PGR) attached to the Criminal Investigation Agency (AIC), insured in Galeana, Nuevo León, about one and a half million pesos in cash, as well as 50 assault rifles and more than six thousand rounds useful.

In a statement, the PGR noted that the staff of the federal police, when carrying out research on Highway 57, Matehuala-Saltillo, city ​​of San Roberto, carried out the review of a trailer, white, with a semi-trailer, gray color, shared the Lopez Dóriga portal.

You may also be interested: the deadline is over! The PGR provides no evidence against Duarte

in #Galeana, #NuevoLeon, elements of the @PGR_AIC They arrested Eleazar "L", who traveled to it #Huetamo, # MichoacánThe detainee, vehicle, weapons, cartridges, chargers, vests and insured numbers were at the disposal of the agent of the #MPF attributed to @PGR_NL pic.twitter.com/ciMclGlvF4

He indicated that Eleazar & # 39; L & # 39; who traveled from Camargo, Tamaulipas, to Huetamo, Michoacán, was arrested.

The PGR reported that the detainee, the vehicle, the weapons, the cartridges, the chargers, the vests and the insured numbers were made available to the agent of the Public Prosecution Service of the Federation, attached to the state delegation of the PGR in Nuevo León.