Warning risk & # 39; s in the operation of the Metro; there is not enough maintenance 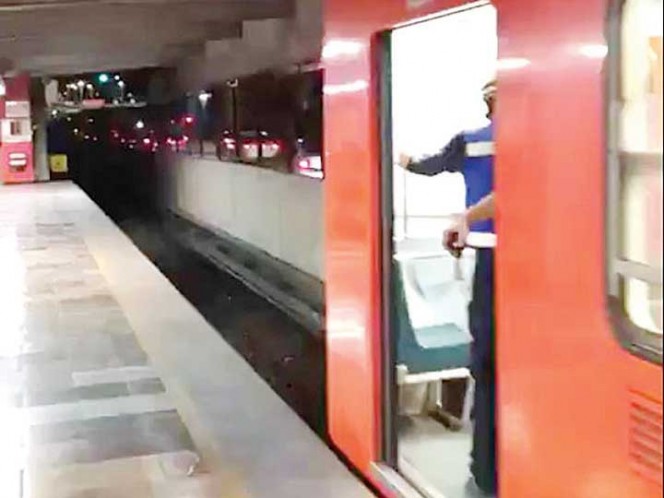 Incidents. On July 27, the failure in the two drivers of the carriage coupling caused the separation of a train on line 5. There were no injuries, but it caused delays in the service. Picture: special

Experts in transport systems doubt that operating the Metro in Mexico City is completely safe for users because their fixed facilities are damaged as well as their trains and sufficient maintenance is needed.

Javier Hernández, doctor in Transport Engineering and professor of National Polytechnic Institute (IPN), indicated that the operation of the Metro is offered at the safety limit.

Even in recent weeks there have been incidents that show negligence in maintenance.

In particular that of 27 July, when a failure in the coupling of two wagons resulted in a train splitting in two. The Collective Transportation System (STC) reported that the train service provided on line 5, but showed an error in the clutch buttons between two cars. Although the incident did not cause user injury, the service was affected.

I believe that (safety) is one of the fundamental aspects that has deteriorated in a certain sense; the part of the facilities requires a significant investment in safety aspects, "Hernández said.

Benito Bahena, leader of the Tranviarios Allianceis convinced that one of the fundamental requirements to ensure safety in the operation of a transport system, such as the Metro, is the strict application of preventive and corrective maintenance programs, but noted that the STC does not provide adequate maintenance and enough.

(The operation) is safe as long as the units are in optimal conditions with their preventive and corrective maintenance when the unit needs a restructuring.

At this moment I do not believe (that you do the necessary maintenance). There is a lot of criticism. We have the relationship with the democratic union and they tell us that there is no attention from the current Metro administration and this is a difficult situation for everyone, but I think it would be an accident that caused unpleasant situations for users, "said he.

Bahena added that the lack of maintenance is clearer rainy seasonbecause the trains are sensitive to slipping or sliding.

For this reason, slow-running with the minimal presence of rain is implemented in the Metro network.

If the units do not respond to the need for quick braking or, especially, if the road is wet, then this is definitely a serious hazard for Metro users, "he said.

The entrepreneurs were also concerned about the deterioration of the STC.

Arturo Bautista, president of the Mexican chamber of the construction industry in Mexico city, indicated that infrastructure such as the Pantitlán complex has apparently deteriorated and that incidents such as fires, smoke, road disruptions or signaling systems that are alert to the lack of maintenance and the risk of major accidents have become daily.

There have been accidents. Last year a train stopped, people got out and had to walk over the road; It is of course already a worrying issue and we have to take the bull by the horns and you have to invest, "he said.

The three experts agreed that the STC first of all requires a substantial and urgent investment improve conditions of his 226 kilometers.

Yesterday the metro started for 49 years with its transport service.