We are going to cancel the education reform, López Obrador repeats 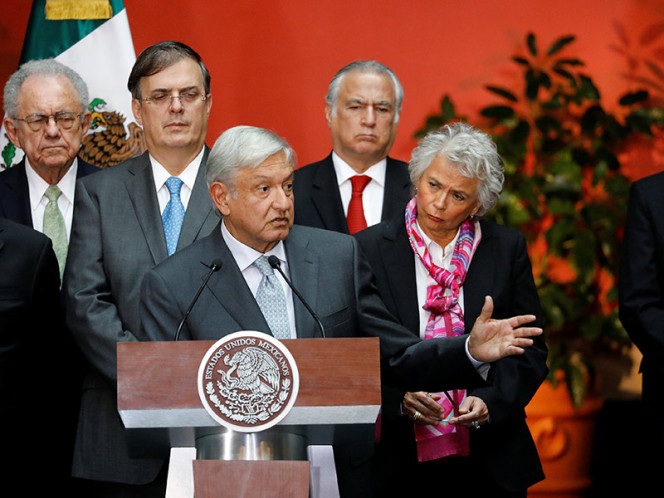 The elected president, Andrés Manuel López Obradorreiterated that "in time and form" will present the initiatives to cancel the education reform, which will be replaced by another which will take into account the point of view of teachers and parents.

We will present the initiatives to cancel the education reform and to announce another plan, a legal framework that is adapted to the new circumstances, but the current education reform will be canceled, "the elected president told a press conference with the executive's head. , Enrique Peña Nieto.

López Obrador stressed that while this is happening, they will stick to what has been established and respect the constitutional mandate of President Peña Nieto.

Education reform can improve education and increase coverage, that is fairness, you are entitled to education; education is not a privilege, it is a right, this is everything that is strived for with the new education policy, we also have to convince ourselves not to win, we have to integrate teachers; there can be no education reform without the teachers, who transfer the knowledge in the classroom; the new methods are required, "he added.

Elba Esther will not work in the next government

The elected president, Andrés Manuel López Obrador, emphasizes that the teacher Elba Esther Gordillo will not work in the next government and makes it clear that no one will be outside the law.

If a citizen, in the use of his faculties, exercises his rights, they will recognize their rights, but no one will be out of law, no matter what the law, above the law, no one, "said López Obrador.

He stressed that if the former leader of the SNTE is declared innocent you must "respect your right to participation".

We agree with the commitments we have made in the campaign, one: not to intervene in the accused's internal affairs and the other, to guarantee trade union democracy; we want democracy for the country, we want democracy at school, in the family, in the trade unions; democracy as a way of life, that is why we will promote in trade union affairs that the will of the workers is respected, that the elections are free, clean, practiced in the decision the unions must take, the secret vote and the will of the workers is respected, "he said.