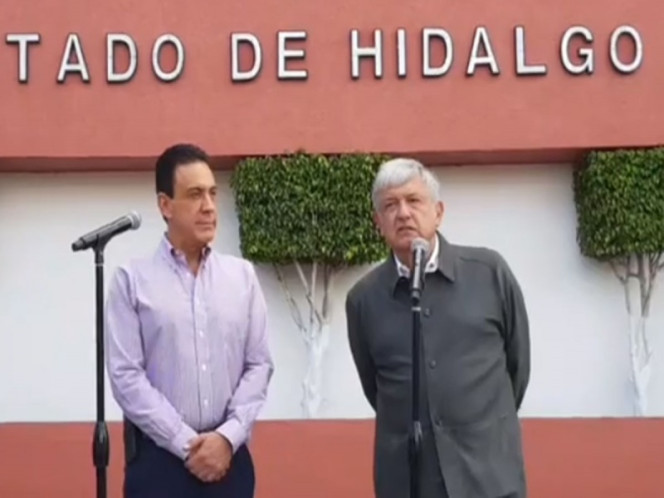 The elected president of Mexico, Andrés Manuel López Obrador, presented the development plan for Hidalgo, that will run during his administration and in which he considers investments and employment.

One of the action lines presented is that of recovery of the Tula refinery, for which, he said, about 5 billion pesos will be invested next year.

In the case of the Mayan Train project that will be carried out in the southeast of the country, it is also thought that for this project the trains in Ciudad Sahagún, in Hidalgo, will be built with the Bombardier company, so that there will be work in Hidalgo. "

This is generally what we have agreed, "said Morena's former candidate.

In his message, López Obrador stated that these action lines should be carried out jointly, between the national, municipal and federal authorities.

Let's work together, for the people of Hidalgo. There will be no lawsuits, differences, we need unity. The country is the first, "he said.

Earlier held the governor of Hidalgo and the president-elect one Private meeting at the head office of the government palace.

Later they met deputies and senators from Hidalgo.

In the afternoon López Obrador holds a demonstration with supporters on the esplanade Plaza de Juárez de Pachuca.

With the president Elect, @lopezobrador_, we analyze the different projects that come before the state, as well as the challenges we will have to work shoulder to shoulder. We agree on many ideas, but the most important is the well-being of all families #Hidalgo. pic.twitter.com/ZPZ1TViaY4