Are emerging countries at risk? The crisis in Turkey can bring down dominoes! 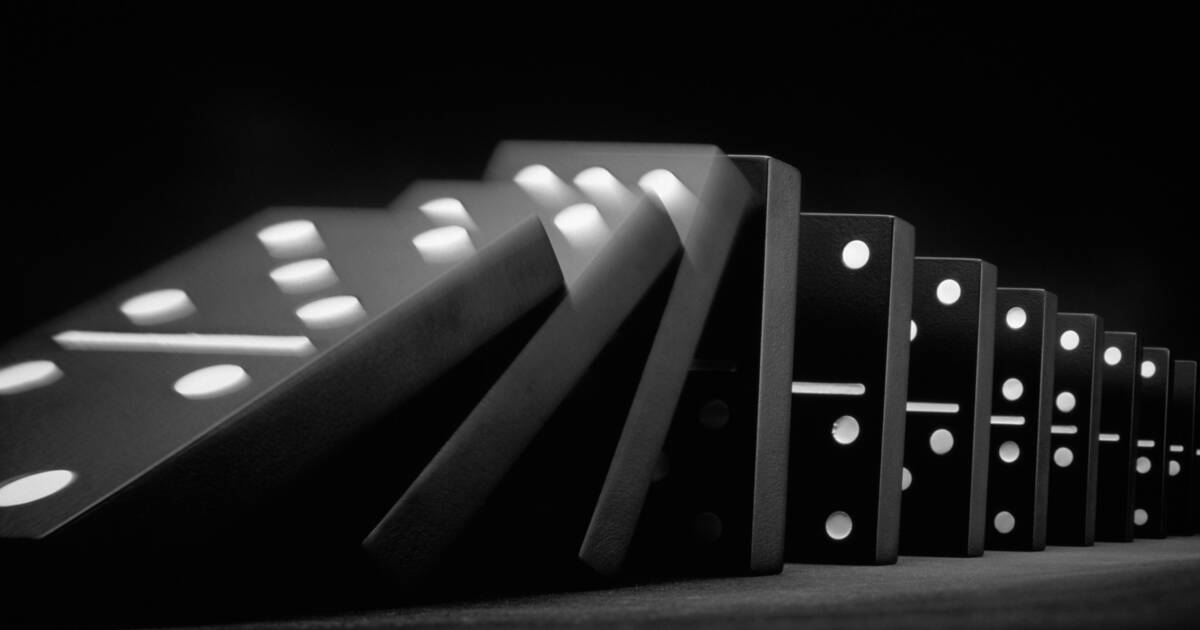 The Turkish crisis is causing unrest in many emerging countries. An increase in fear could promote a clear crisis, with a strong impact on the markets.

The turkey crisis has caused a lot of ink lately, especially because it has branches far beyond the borders of Erdogan's country, the newly re-elected president. In addition to the fears of some European banks, which had an impact on the bank stocks of the old continent, the currencies of a number of emerging countries also suffered a contagious movement, while international investors withdrew en masse.

"Since the beginning of the Turkish crisis three weeks ago, many countries have been hit and there has been a fairly strong correlation with the movements of currencies of emerging countries versus the dollar (the reference currency, NDLR). # 39; s of the most vulnerable emerging countries have fallen in value, "emphasizes Stéphane Déo, strategist at La Banque Postale Asset Management, asset management center of the institution of the same name. "The downward pressure on the currencies of emerging countries is quite diffuse, because despite the turbulence in Turkey, many investors have sold their shares in emerging funds – both bonds and shares – so not only do they decouple Turkish assets, but also those from other emerging countries ", explains the expert. Yet this generalized bearish wave, especially marked in the most fragile countries, is only the culmination of a movement of substance that has already been installed for several quarters.

>> Read also – The collapse of the Turkish lira, a blessing for French tourists

"Between the beginning of January and the end of July, before the outbreak of the crisis, the Turkish lira had already depreciated by 30% against the dollar, and the South African border, the Malaysian ringgit, as well as the Indian and Indonesian rupees had also their part, especially in the second quarter, "said Stéphane Déo. "As the Fed gradually increases its policy rate, the dollars become scarce in these emerging countries (due to the repatriation of capital to the United States, where they are better and better paid, Ed), which are thus weakened, from as much as they suffer have an imbalance that makes them vulnerable and their currencies have been hit, so the central banks have raised their main rates to defend them (a higher paying currency is expected to appreciate, Ed), "he says.

>> Read also – Which emerging countries have the most to lose in the trade war that Donald Trump started?

Because of the headwind blown by the central bank of the United States, the problems of the most fragile countries were strengthened at the same time. And "Turkey was one of the countries on the front line because of the considerable external imbalances: the balance on the current account (balance of trade in goods, services, income and current transfers, Ed) is indeed a big shortage. the country is too lax: in January the policy rate was 8%, at an inflation rate of 12.98%, real interest rates of -5%! In these circumstances, Turkey is one of the first dominoes to fall, no wonder, "notes Stéphane Déo. on.

>> Read also – Towards a new crisis in emerging countries?

Volatility must remain the order of the day, the turbulence in Turkey is not yet ready to blur in the short term, Stéphane Déo said. First, "when a currency crisis breaks out, the central bank of the country in question must raise the most important price to protect the currency, which is not the case," he said. However, the Turkish central bank still does not seem to follow the path, especially because stakeholders find it useful to Erdogan. The latter, who has recently strengthened his powers, is a proponent of growth at all costs and is a declared enemy of interest rates. Then, "in the event of a currency crisis, it is necessary to provide the economy in cash through a loan or an IMF plan." Despite the $ 15 billion loan granted by Qatar, the Turkish crisis does not seem ready to end. ", says Stéphane Déo.

>> To also read – At the lowest, gold could take revenge, here is why

What will be the next dominoes that fall?

After Turkey: "South Africa and Brazil are perhaps the next dominoes that fall, because even if these countries are stronger than those of Erdogan, they have some weaknesses," judges La Banque Postale expert Asset Management. Even if Brazil, which had been in recession until 2016, "has been making efforts recently, continuing the mistrust of investors can bring it back into crisis, the greater the risk because the outcome of the October elections is particularly uncertain. Indonesia and the Philippines also need to be watched closely, the balance of payments of these countries is showing a big shortage, "he said.

Evolution of the Taiwan dollar, Indonesian rupiah, yuan, Singapore dollar and Philippine peso against the dollar since March (click on image to enlarge)

>> Read also – Gold, Swiss franc and yen: how can you bet on these flagship values?

Finally, if the election of Cyril Ramaphosa to the head of South Africa led to a wave of optimism last February, euphoria has since fallen, as has the currency of the country. "The growth of the country remains slow, while inflation is high, and the country's imbalance is important," the expert condemns. In the event of a shock on interest rates or proven financing problems, the situation of these fragile countries could quickly deteriorate, he warns.

Evolution of the Brazilian real, the Turkish lira, the South African rand, the ruble and the Mexican peso against the dollar since March (click on the image to enlarge)

Russia is judged to be better equipped to resist

If the ruble has also been wiped out by unrest, Russia appears more resilient in the event of new unrest. "We do not see a major risk for Russia, which is a major exporter of oil, so the balance of payments shows a large surplus, the opposite of Turkey, where it has a large deficit, which makes the country of Erdogan very dependent on external financing. Moreover, Russia has comfortable foreign exchange reserves, like many ammunition to defend the ruble when needed, "said Stéphane Déo.

>> Read also – Vladimir Putin relieved of US debt in favor of gold, here is why

The fatherland of Vladimir Putin also shows relatively high interest rates, with a view to the foundations of the Russian economy, which will probably protect the ruble. We believe that Russian government bonds (ISIN code RU000A0JTK38) are a buy-out option at the current price level. Their annual return – 8.6%, at the time of writing – is considerable for the investor. For example, they are accessible through an online broker such as Saxo Bank. As far as Russian shares are concerned, they remain very cheap. They indeed pay 5.7 times the estimated profit for the next 12 months, for an average dividend yield of 7.5%, reports Frédéric Rollin, investment strategy advisor at the management company Pictet Asset Management from Geneva. They belong to our selection of preferred investments for the second half of 2018. Investors who wager on it may be interested in funds such as Pictet Russian Equities (code ISIN LU0338483075) or trackers, such as Lyxor Russia ETF (ISIN code). FR0010326140).

Europe should have little trouble with the Turkish crisis

Investors fear that the crisis of the Turkish currency will destabilize the world economy (…). However, it is unlikely that judge Pictet Asset Management thinks that the recession Turkey is likely to have had no direct impact on other economies. The management company of Geneva has no specific concerns for the economy of the euro zone. "Despite its close ties with the European Union, a population of 80 million and strong growth over a decade, the heir of the Ottoman Empire remains a minor player on the World economic scene, representing only 1% of global GDP and only 2.8% of euro area exports. "

>> Read also – Is it time to take advantage of the Turkish crisis?

Even the exposure of some European banks to Turkey must be put into perspective. "They were among the enthusiastic lenders, especially the Spanish and Italian institutions, and of course this did not escape the European Central Bank, which began to monitor the region's exposure to Turkey, but these risks are manageable again. Banks are the most exposed, but their loans to Turkey represent less than 5% of their total outstanding amounts abroad, their Italian counterparts are far behind second and Turkish loans reach barely 1.9% of their international exposure. ", says Pictet Asset Management.

>> Become a member of our Club des boursicoteurs

>> Find here our tips Fair of the day

>> Do not miss an important article from Capital.fr by subscribing to our reports. Click on the red bell at the bottom right of this screen (only on computer and Android smartphones).