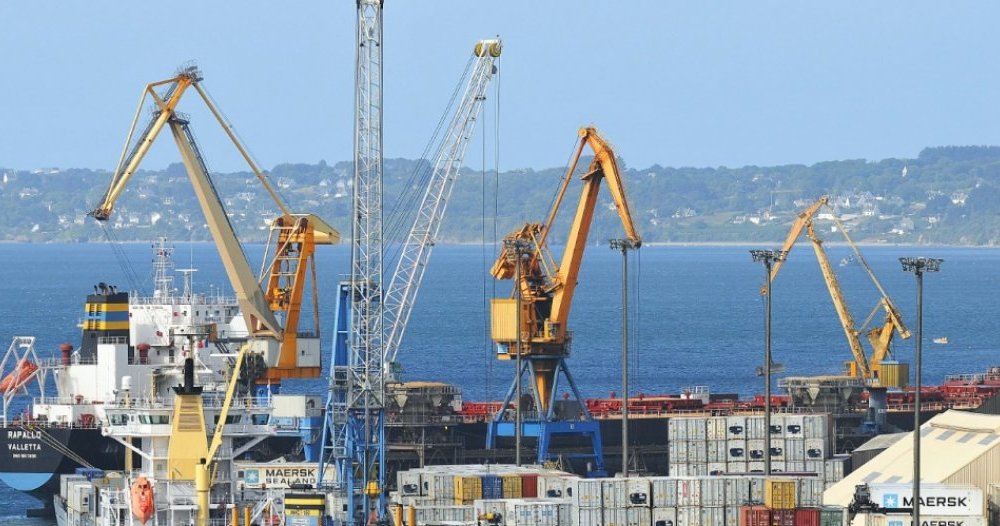 The European Commission wants to transfer Irish sea freight to the Benelux, with the exception of the French ports, as soon as the Brexit takes effect. The lifting of shields in Great Britain and the government.

Up to now, most of the cargo transport for Ireland was via the ports and roads of the United Kingdom before it joined the continent. With the Brexit customs barriers in the ports of Liverpool, Southampton and Dover are coming back and therefore the need for the Irish to revise their sea freight routes. This change had enabled the activities of French ports, including Brest and Roscoff, which hoped to significantly strengthen their business in the coming years. But the European Commission announced in early August its intention to redefine the "North Sea – Mediterranean" corridor by excluding the French coasts. If it is maintained in September, this proposal will make the ports of the Benelux major winners of the Brexit. Dublin or Cork freight will be transported to the ports of Rotterdam in the Netherlands and Antwerp and Zeebrugge in Belgium. To improve the reception of this new traffic, the three ports mentioned above are eligible for special European funds (TEN-T). A nice envelope of 30.6 billion euros that will pass under the nose of the ports of Calais, Le Havre, Roscoff and Brest all hoping to change their facilities.

The government and the region have reacted strongly

The reactions did not come long. Especially because the motives – formulated in off – are related to possible port workers with strikes and a possible risk of congestion of French ports. Transport minister Elisabeth Borne quickly indicated that she did not agree with the Slovenian Commissioner Violeta Bulc. Emphasizing the need for a link between Le Havre and Ireland, as well as increased trade with Brest, Cherbourg and Roscoff. These ports can lose a lot of attraction in the long term if their future facilities are not partly financed by Europe. Loïg Chesnais-Girard also went there by writing to Jean-Yves Le Drian, Minister of Europe and Foreign Affairs (Le Télégramme of 17 August). The President of the Brittany region describes the European Commission's proposal as "an unacceptable shame for France" and refers to "significant damage to the development of the ports of Brest and Roscoff".

This weekend the Chamber of Commerce and Industry of Western Brittany (CCI MBO) announced its support "without reservation" to Elisabeth Borne and Loïg Chesnais-Girard. The president, Frank Bellion, mentions the reasons for his "misunderstanding". He underlined in particular "a geographical inconsistency: to consider making direct contact with Ireland with the Benelux should be close to French ports". Frank Bellion argues that "the ports closest to Ireland can handle the challenge of the consequences of Brexit". Recalling that the CCI MBO also "anticipated in port investments in Brest and Roscoff" and that it "regularly submitted proposals to the European authorities for several months". Finally, he regretted that the 'ports on the North Sea – Mediterranean' for France 'deprived the ports of France of the European transport funds (TEN-T)'. So, he says, they are "essential to expand the hinterland of the port and address the accessibility problems of Finistère".