France is worried about its ports in case of hard & # 39; Brexit 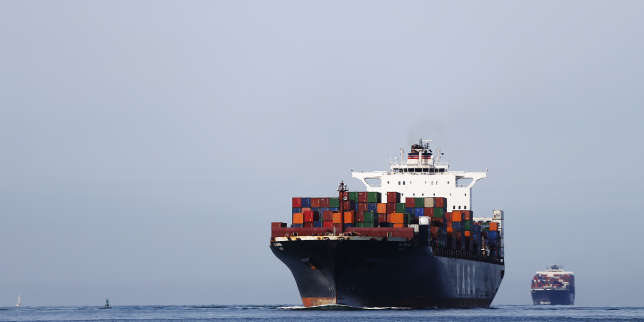 The Minister of Transport has asked the European Commission in writing to take into account the French ports in the project of a new connection between the EU and Ireland.

Elisabeth Borne, Minister of Transport, is worried about a project that was approved on 1 Septemberst August by the European Commission and aimed at adapting the route of the maritime corridor between Ireland and the Union in case of a "hard" Brexit – ie without agreement – between London and Brussels on 30 March. Ms Borne wrote to the Commissioner for Transport, Violeta Bulc, on 10 August to tell her that her project was "Unacceptable" because the proposed new link would favor the Dutch and Belgian ports to the detriment of the French ports, completely excluded according to the minister, while they would probably be an access point for the carriers who would like to avoid British entry and exit checks.

Currently the North Sea-Mediterranean corridor allows Irish goods to be transported via Liverpool and London, then Calais and other ports on the mainland. In the future, carriers want to avoid the loss of time and money generated by UK controls. Brussels, in anticipation of a lack of conformity, wants to ensure the continuity of the corridor and proposes to strengthen the links between Dublin and Cork, on the Irish side, Antwerp, Zeebrugge and Rotterdam on the continental side.


Brexit: the impossible preparation of companies with regard to the risk of non-conformity

Mrs Borne is of the opinion that the Brussels proposal has many shortcomings and ignores the interest of various French stakeholders in establishing direct links with Ireland. "The geographical proximity between France and Ireland makes these connections (…) obvious connections to the internal market"she insists.

It calls for a direct link between Le Havre-Irlande and a better trade-off between Cherbourg, Brest and Roscoff. The minister, seconded by Xavier Bertrand, president of the Hauts-de-France region, argues in favor of strengthening the exchanges via Calais and Dunkirk. "We are not aware of regular services to the French ports of the corridor, namely Calais and Dunkirk" replied Mrs Bulc, Friday 17 August, in a letter to Paris and seen through The world.

The Slovenian Commissioner tries to calm the game by proposing a meeting in September. She also insists that her project should focus only on the short term – by 2020 – and a possible emergency solution to save Irish imports and exports after 30 March 2019. 2017, 4% of Union imports (up to 78 billion euro) and 6% of exports (120 billion euro).

"The proposed adjustment does not change the situation of French ports in the corridor (Calais and Dunkirk) or their ability to access European funding under the Connecting Europe Facility"says Ms. Bulc. The facilities on the Atlantic coast (Brest, Roscoff, Cherbourg) would also be eligible for projects in the framework of a central network. The Commissioner also ensures that a French request for the addition of a Saint-Nazaire-Nantes-Tours connection to the Atlantic corridor is maintained.

Mrs Borne's letter in fact reflects a double point. Firstly, the attractiveness of the Dutch and Belgian ports was strengthened in a short time, which would damage French installations in the medium and long term. And on the other hand, to see the manna of 30 billion euros, linked to the redefinition of the North Sea-Mediterranean corridor for the period 2021-2027, partially escapes France: Rotterdam, Antwerp and Zeebrugge could be the main beneficiaries of these amounts, inter alia, intended to strengthen the facilities to, in particular, enter into increased trade with Ireland.

"If we let the market act, it will probably choose these two ports closer to the hinterland [arrière-pays] European. The Commission is simply in this perspective », explained in the Dutch newspaper NRCThierry Vanelslander, transport economist at the University of Antwerp.

Mrs. Borne remarks in her letter that she is strongly committed to it "Support" from the Commission in the debates that will begin in the Council and the European Parliament. In her reply Mrs Bulc mentions her alone "Availabilty" in front of "Every follow-up".