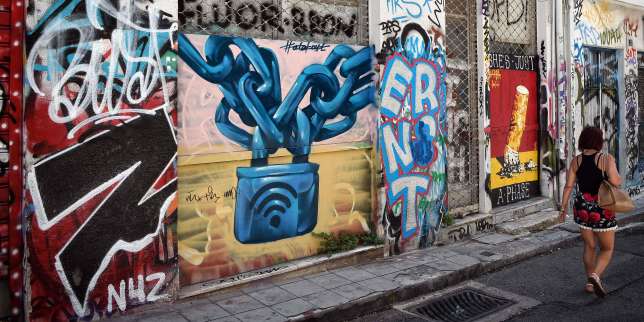 The country arrives on Monday on the third of the aid plans under which it has lived since 2010, without being completely finished with the austerity.

Long ago banned from the bond market and subject to years of austerity, Greece officially released its third and final financial rescue plan on Monday, August 20, to the value of € 86 billion. The country now has the hope of being able to finance itself on the markets again.


The Greeks, exhausted by eight years of austerity, still doubt the future of the country

Greece has received a total of € 260 billion in financial assistance since April 2010 in exchange for a drastic austerity policy. After Ireland in 2013, Spain and Portugal in 2014, and Cyprus in 2016, it is the last country of the European Union to leave guidance on the adjustment memoranda.

In an interview published on Sunday by the daily newspaper Kathimerinithe governor of the central bank, Yannis Stournaras, however, warns against all the dubious commitments that Athens has made to its creditors.

"If we go back to what we have accepted, now or in the future, the markets will give up and we will not be able to refinance maturing loans in a sustainable way."

In particular, Athens committed itself to achieving a primary surplus – of debt – from 3.5% of GDP to 2022 and then 2.2% to 2060. to facilitate the return to autonomy, Ministers of Finance of the euro zone reached a debt relief agreement at the end of June, in particular the extension of the installments and the granting of repayment-free periods for a total of 100 billion dollars in debts.


The return of Greece to the markets looks delicate

Prime Minister Alexis Tsipras then greeted one "Historical agreement". "This is a new page for the country, which does not mean we have to rely on the cautious path of balanced budgets and structural reforms. (…) but that we can give up the thorny path of memoranda and extreme austerity "added the fourth of the successive heads of government since the outbreak of the crisis.

This extension of the conditions and the precautionary reserve are intended to assure investors that Greece can pay its debts in the course of time. This gesture was deemed necessary in a context of commercial war and the rise of Euroscepticism.

Klaus Regling, head of the European Stability Mechanism (ESM), recalled that Greece would fall into the trap "Improved monitoring", according to a decision by the European Commission on 11 July to ensure that Athens does not go back on the reforms and the fiscal trajectory.


In Greece, "the risk of a new disaster scenario can not be excluded"

"Greece is a unique case, it has received many more loans from us than any other country, and no other program country received similar amounts, which means that supervision will be tighter than in other cases and will take the form of what is mentioned. "strengthened supervision" "he says in an interview with the newspaper Ethnos.

This framework provides in particular for the transmission of evaluation missions to Athens every three months. "To identify risks at an early stage".

The weight of the heaviest debt in the euro zone

Greece was in turmoil after the parliamentary elections of October 2009, when the new socialist government revealed that the country's budget deficit was three times higher than the official figures of the previous conservative government.

With the crisis, Greece lost a quarter of its wealth, unemployment rose and wages and pensions were reduced by about 40%. The weight of debt now represents 180% of GDP, the heaviest in the whole euro area.

But some solar rays begin to break through the clouds: economic activity is recovering, with an annual rate of 2.3%, tourism is booming and unemployment is dropping a little, up to 19.5% after nearly 28% of to have reached the active population.

However, skepticism continues to exist, including the International Monetary Fund (IMF), which is projecting a growth of 2% and 2.4% in 2019 this year, but noted that: "External and internal risks are down". The IMF also believes that a review & # 39; Realistic & # 39; targets for primary budget surpluses are needed.

"I see no reason to laugh with the release of the memorandum, because it is possible that we go from Charybdis to Scylla", warns Thanos Veremis, emeritus professor of history at the University of Athens, pointing out the weakness of the purchasing power of the Greeks, subject to a strong tax burden.