In response to the global appetite for fish, agroecology to save 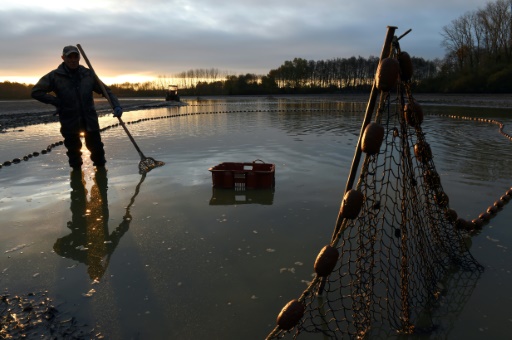 SHARE Faced with worldwide appetite for fish, to save agroecology

As global consumer demand for fish continues to grow, stimulating the aquaculture sector, researchers are working on the application of agro-ecological principles to reduce the negative effects of this mass production.

"We will produce more fish, but to be able to do it, we have less impact on the environment," explains AFP Lionel Dabbadie, aquaculture researcher at CIRAD (Center for International Cooperation in Agricultural Research) for development), and organizer Saturday in Montpellier of an international conference, Aqua 2018, dedicated to these questions.

This congress, which takes place every six years, is largely supported by the aquaculture sector and welcomes 2,500 participants from more than 60 countries to Wednesday.

"The impact on the environment (caused by aquaculture), it also has consequences for aquaculture itself, there are more and more problems with fish mortality, there are also risks for pathologies" says Dabbadie.

Aquaculture has already accounted for half of the production of fish by mankind in recent years.

The trend was confirmed by the latest report from the Food and Agriculture Organization of the United Nations (FAO), according to which aquaculture accounted for almost 53% of the 171 million tonnes of fish produced in 2016.

The annual per capita fish consumption is thus swollen to 20.5 kilograms in 2017, according to FAO's latest estimates, against 9 kilos in 1961.

However, this extra demand, "today, the fishing can not produce it because fish caps," says Dabbadie. "Even with sustainable fishing, responsible fishing, we will hold stocks, maybe a bit better, but we will not increase much, so the bulk of the increase will have to be delivered by the fish farm."

– Carp in the rice fields –

On Saturday, a hundred researchers, public decision-makers and development stakeholders pool their knowledge on aquaculture to identify "research priorities for CIRAD and development for FAO," says Dabbadie.

"There are two types of systems," he explains, first with "traditional agroecology systems", such as rice fish farms in Asia: this practice has been in Madagascar for more than a century.

It consists of growing fish in the rice fields. The carp will have an ingrained behavior (digging the soil, Ed) in the mud, and they will resuspend the nutrients that increase the rice yield, "says Dabbadie.

This increase in rice production will in return benefit the fish, which will feed on the perifyton, the water plants that will develop on the rice stalk and thus be able to feed more fish.

This system has large margins of development in Madagascar, for lack of suppliers of carp bread on the island.

Second form of agroecology, the evolution of conventional breeding in a more sustainable approach.

For example, some Norwegian salmon farms have already received lumpfish, small fish cleaners, to eradicate sea lice that multiply on the scales of fish that the country wants to produce more and more in the coming years. The use of lumpfish makes it possible to avoid phytosanitary products.

The exchanges will lead to a book that will summarize good practices to spread to ensure the sustainability of fish farms, according to Dabbadie.