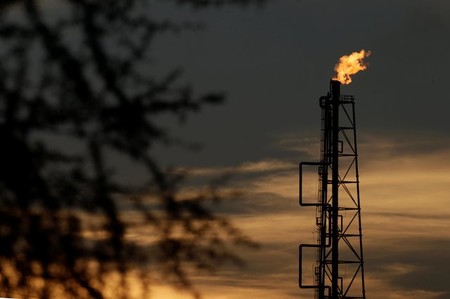 Tokyo (awp / afp) – Oil prices rose in Asia on Wednesday as geopolitical risks linked to the situation in Iran and Venezuela, while analysts predicted a fall in US crude reserves.

Around 0230 GMT, a barrel of lightly sweet crude oil (WTI), the US raw reference, for delivery in September, was unchanged at $ 67.35 in electronic exchanges in Asia.

"Prices are supported by renewed optimism about the trade dispute between the US and China and the risks associated with the geopolitical situation in Venezuela and Iran, which are in line with a decline in & # 39; supply & # 39; , Tony Nunan from Mitsubishi Corp. told AFP.

Analysts are awaiting Wednesday's publication of weekly figures on US raw reserves, which are still an indicator of demand in the largest economy in the world.

During the week ending August 10, crude oil reserves rose by 6.8 million barrels to 414.2 million, while analysts surveyed by Bloomberg predicted a decline of 2.5. million barrels, according to the US Energy Information Agency (EIA).