The Greeks, in one way or another, recode the pieces after eight years of rigor 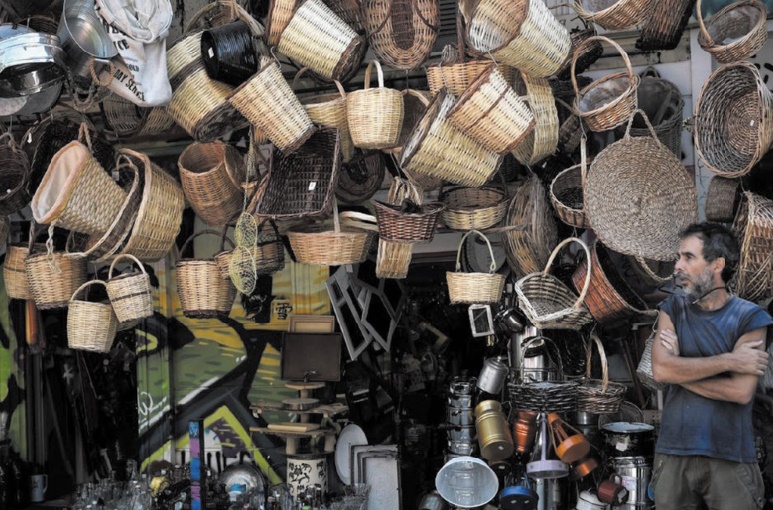 "The crisis was like a blow, we grew up with the advantage of living in a European country and suddenly everything collapsed". Panagiota Kalliakmani hoped to become a chemist, she is now a cook and, like many Greeks, has had to adapt to the effects of austerity.
In 2010, graduated from the University of Thessaloniki (North), Panagiota wanted to be a researcher.
But in the aftermath of the financial collapse of the country and the implementation of the first of three aid packages with drastic cutbacks – the last of which ends on Monday – its research program is planned.
She then thinks of forensic medicine. But the special police services of Thessaloniki also close, against the background of a reduction in the public sector.
It also fails to enter a pharmaceutical company because laboratories move one by one in Bulgaria.
He then continued private lessons for high school students, "even if people paid less and less".
Panagiota was licensed at a school in 2015 after a one-year contract and really feels like "picking it up", especially because one of her friends went to Ireland to work as a waitress and her brother-economist a work in Brussels, "of which he does not want to return ".
Greece lost 25% of its GDP between 2008 and 2016, with unemployment falling just under 20% in May, with a peak of 27.5% in 2013: layoffs were raging after the closure of thousands of small and medium-sized enterprises.
Matina Tetsiou, a mother of two, lost her job in a gas station in 2014. She is divorced from her husband and has to rely on financial help from her father, who works for a large company.
"The unemployment benefits were modest and I took care of the family through the community grocery in my neighborhood," she says.
Just like Panagiota, Natacha Dourida, civil engineer, herself banished her relatives: "The most painful at that time were the small parties to say goodbye to those who went to work abroad".
About 300,000 Greeks (out of a population of about ten million) left the country during the crisis.
In 2013, Natacha earned five euros per hour with her diploma & # 39; s in a construction company that she eventually left. In the heart of the crisis, the sector is in a free fall.
Panagiota, Matina and Natacha go a bit or much better today, just like the country that has grown again (+ 1.4% in 2017).
Matina seems tired, but feels happy & # 39; that she has a part-time contract at the end of 2016 at another gas station, which is only enough for her to feed her children & # 39 ;.
She still lives with her mother and can not pay her debts to the social security or the bank for a loan in 2005, in the midst of the financial euphoria of the country, subscribed for the financing of her business of sale of kitchen furniture that three year is closed later.
After a master's degree in heritage management and a seminar in Germany, Natacha started a flourishing sharing economy.
"The crisis was an opportunity to learn to live together and to deal with problems," said the 35-year-old.
The association "Communitism", established in 2015, aims to restore old neoclassical buildings left by the state and their owners for lack of financial resources.
"I started to record the pieces of our broken dreams and I decided to become more flexible", the dynamic Panagiota shows for its part.
She took two years of cooking lessons and will sign her first contract in September in a restaurant in the center of Athens, with a measured hope: "Nothing is certain, the crisis has taught us not to make long-term plans."
But in a country where tourism is king, Panagiota now feels fulfilled in a kitchen "like a laboratory" of chemistry. It does not close to molecular gastronomy to combine his skills.
Despite the improvements, "we are not out of the tunnel yet", warns Natacha: "If there are still a few jobs, they will still be paid very badly."