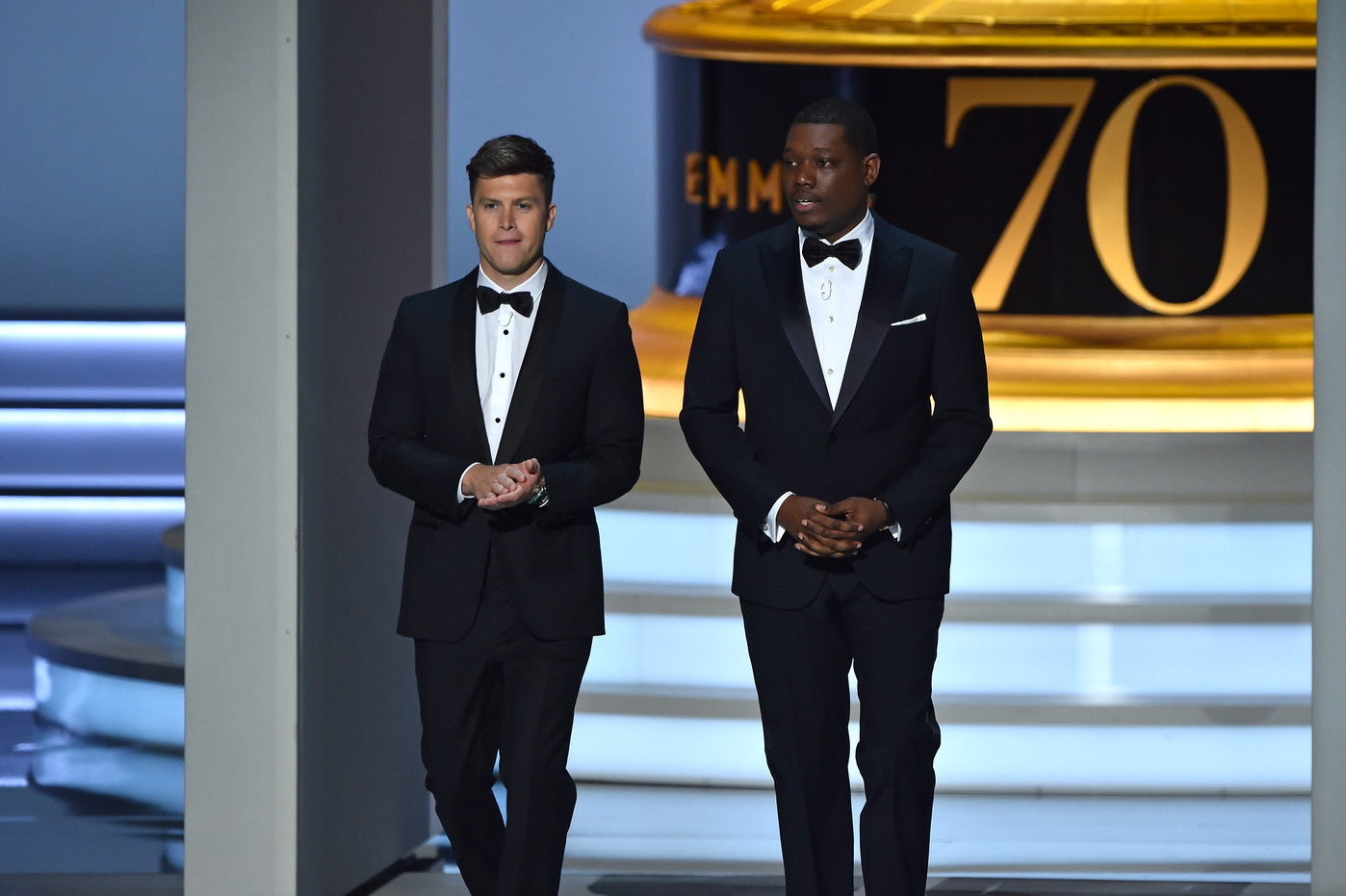 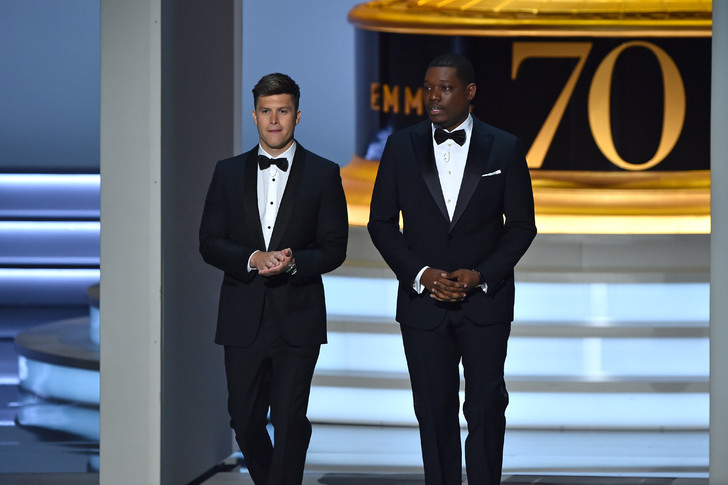 Colin Jost and Michael Che from "Saturday Night Live" at the Emmy Awards in Los Angeles on September 17, 2018 / AFP

The ceremony for the 70th Emmy Awards, similar to the Oscars for American television, attracted only 10.2 million viewers Monday, a historically low level, according to the final figures released on Tuesday.

By comparison, the NBC football championship that was broadcast on Sunday evening attracted twice as many viewers as the Emmy Awards, around 20.7 million.

The ceremony – which lasts no less than three hours – has been crumbling for years by his audience.

According to experts, many fans of series and other TV shows simply prefer to watch them on cable channels or Internet platforms, just follow the highlights and the winners of the Emmy Awards on social networks.

In order to save the face, the NBC channel said that this year the ceremony was broadcast in a statement that the public had passed comparatively better than that of Oscars (cinema) or Grammy Awards (music).

The big winners of the 70th edition are "Game of Thrones", awarded for the best drama series after a year's absence, and the comedy produced by Amazon, "The fabulous Ms. Maisel", which won a total of eight figurines.