Home / morocco / men and women are not equal

men and women are not equal 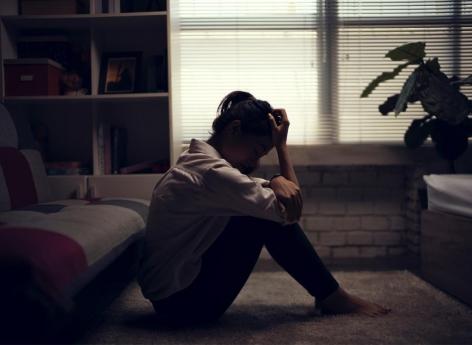 Men and women are not equal in the face of mental disorders such as depression. According to American scientists, this may have to do with our brain's responses to inflammation. They record in a study published in Biological Psychiatry: Cognitive Neuroscience and Neuroimaging that women's brains no longer respond to reward when there is inflammation in the body. This phenomenon does not occur in men.

Women are twice as depressed as men. These differences remain partly unexplained today. American researchers show that one of the causes can be related to inflammation, one of the possible causes of depression: it concerns nerve and glial cells (those around neurons), but can be extended to other cells of the human body, such as white blood cells .

In their clinical trial, the researchers administered to men and women a substance that increases inflammation. Then everyone played a game to make money. In the meantime, the researchers have studied their brain activity, especially in the area that is sensitive to reward. In women, when the inflammation was high, the brain's response to a potential reward was less strong, but such an effect was not observed in men.

The absence of a cerebral response to the reward is called anhedonia. This condition refers to the fact that a person no longer responds to pleasure or situations that he likes during normal times. "This suggests, says Mona Moieni, one of the study's authors, that women with chronic inflammatory conditions would be particularly vulnerable to depression because of this low sensitivity to pay." This research can help prevent the development of the disease or improve treatment. According to the World Health Organization, 300 million people worldwide suffer from depression.

five things to know about the return of measles

Moroccan observatory to combat terrorism and extremism commemorates 16 May