morocco December 3, 2020 morocco Comments Off on NASA announces what the unknown object recently discovered near Earth really is 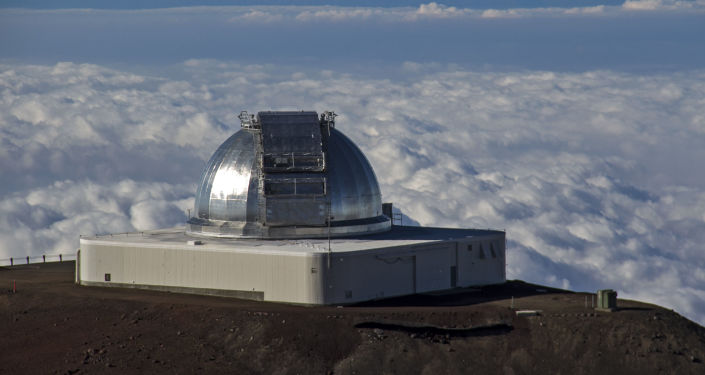 The US space agency has determined what the unknown object discovered in orbit around Earth in September really is. It is a propellant for a rocket launched by the United States more than half a century ago.

The 2020 SO space object, discovered in September as it approached Earth some 50,400 kilometers, is a rocket propeller lost in a failed US lunar mission in the 1960s. , NASA announced this Thursday, December 3.

This is the Centaur thruster on the top stage of the Atlas missile launched in 1966 as part of the Surveyor 2 mission, according to data obtained by the three-meter diameter infrared telescope Infrared Telescope Facility (IRTF) located located. in Hawaii and the Center for Near-Earth Object Studies (CNEOS) at NASA.

Surveyor 2 was the second lunar probe in the Surveyor program designed to explore the moon. The probe was launched on September 20, 1966, and crashed on September 23, 1966 southeast of Copernicus Crater.

“We tried to get spectral data from another Centaur thruster that has been in orbit for years to determine if it matched that of the unknown object,” said Vishnu Reddy, NASA planetologist.

On December 1, Reddy and his team managed to obtain data from another Centaur D-thruster that had been used during the launch of a communications satellite in 1971.

They were then able to compare the spectra of 2020 SO and Centaur and finally came to the conclusion that 2020 SO was also a Centaur rocket propeller.

Astronomers saw the 2020 SW celestial body on Sept. 17 using the Maui Pan-STARRS telescope in Hawaii. Measuring between 4.5 and 10 meters wide, this object has aroused the interest of the scientific community due to its size and unusual orbit.

Further analysis of the 2020 SW orbit revealed that the object had approached Earth several times over the past few decades. In 1966 it was so close to Earth that it could be assumed to be from our planet.

The 2020 SO object came as close to Earth as possible on December 1. It will remain in the Earth’s Hill sphere, the gravitational field that stretches for about 1.5 million kilometers, until it changes orbit around the sun in March 2021, according to NASA.