Why medical cannabis is mainly prescribed to relieve chronic pain

morocco November 30, 2020 morocco Comments Off on Why medical cannabis is mainly prescribed to relieve chronic pain

At least 12 million French suffer from chronic pain, in other words permanent pain, that has suffered for at least three consecutive months, with significant physical, moral and social consequences.

In such circumstances, pain becomes a disease of its own, permanently affecting the quality of life of patients. And this mainly because pain treatments in the latter are often insufficiently effective: in France it is estimated that more than 70% of chronic pain patients do not receive appropriate treatment. This pathology leads to a high use of care and a considerable absenteeism from work. It is therefore also a major economic and social issue.

In this context, medical cannabis enriches the range of therapeutic products available, while being part of the pain patient’s overall support. Indeed, in countries that have legalized access to medical cannabis, chronic pain relief is the first indication for these products manufactured to pharmaceutical standards.

Cannabis and Pain: How Does It Work?

Humans have a so-called “endocannabinoid” system, which plays an important role in the regulation of vital processes (homeostasis). Composed of a series of receptors and endogenous substances (that is, synthesized by the organism itself) that bind to it, this signaling system is very old in the animal kingdom. It has been well preserved during evolution as it is found in all vertebrates.

The characterization of this neurotransmission system in the 1970s and 1980s led to research into the value of modulating it in diseases such as chronic pain.

Different molecules produced by the plant Cannabis sativa L. have an effect on the human endocannabinoid system. This is especially the case with delta-9-tetrahydrocannabinol (better known as THC), which is able to activate the cannabinoid receptors CB1 and CB2, as well as other proteins involved in the transmission of pain messages to the brain. 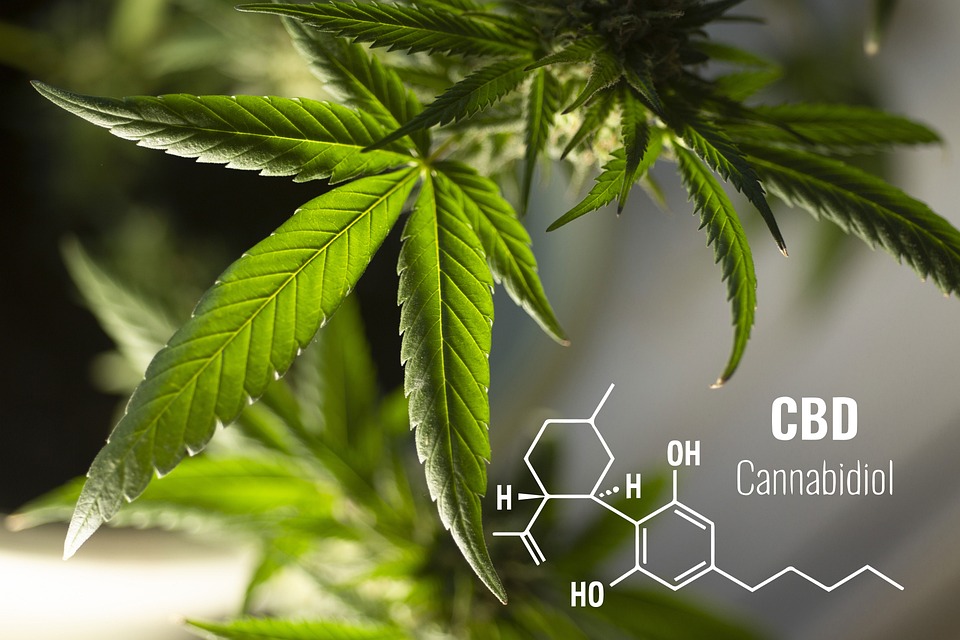 Cannabidiol (CBD), the other molecule found in cannabis, is said to have less affinity with cannabinoid receptors. However, it modulates the effect of THC on its receptors and limits its unwanted effects, especially neuropsychiatric (drowsiness, anxiety, etc.). CBD also improves activation of the system by inhibiting the breakdown of an endocannabinoid, anandamide. Its activating effect on serotonin receptors would explain its anxiolytic effect. Finally, CBD is said to bind to many other receptors involved in inflammation and the perception of pain.

The beginning of scientific validation

The evaluation of the benefit of medicinal cannabis in a wide variety of painful clinical situations has been the subject of scientific publications, but the levels of evidence often remain modest, even low, in conventional clinical trials comparing it to a placebo.

Many clinical studies have focused on the use of medical cannabis to treat musculoskeletal pain, in particular spasticity, a painful muscle contraction. This condition would affect not only up to 25% of the 100,000 French people who suffer from multiple sclerosis, but also those with spinal cord injury or sequelae after a stroke. Sativex, a drug based on cannabis extract, received marketing authorization for this indication in 2014, but is still not marketed due to a lack of agreement on the sale price between the authorities and the laboratory. who markets it. 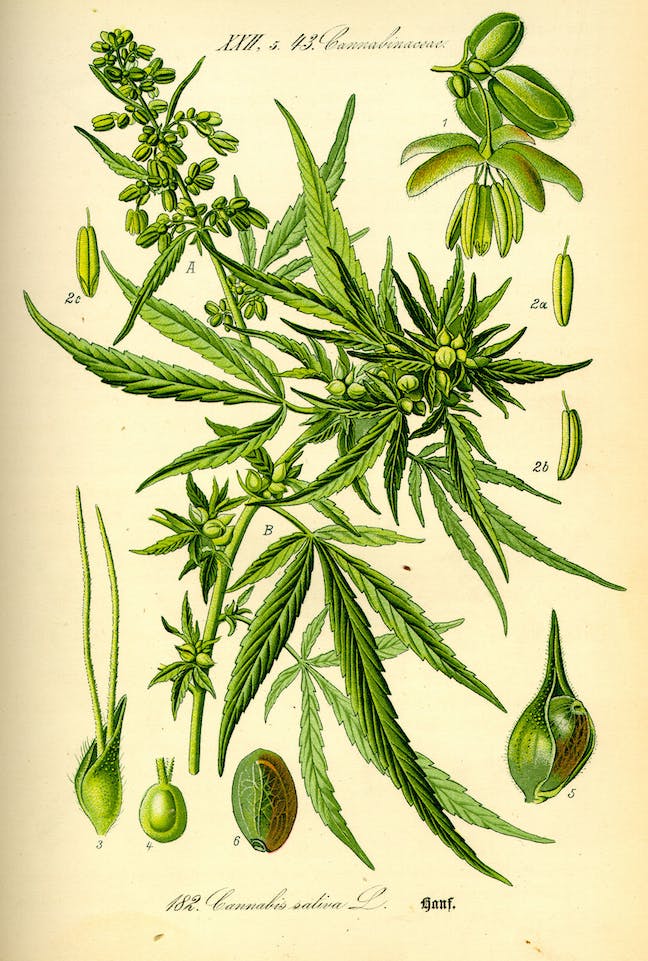 The health benefit of cannabis-derived products has also been shown in neuropathic pain. This type of pain, which affects 7% of the French (ie a quarter of people who suffer from chronic pain), is the result of an injury or disease of the somatosensory system. It takes the form of a series of painful symptoms (intense tingling, electric shocks, pinching, burning or stinging …) for which the recommended drug treatments, antidepressants or anti-epileptics, are only very partial. effective and sometimes poorly tolerated.

These two conditions are the main indications of chronic pain in the French experiment to be operated by the National Agency for the Safety of Medicines and Health Products (ANSM) from 2021 to 2023: 1,500 of the 3,000 people treated during experiments will be delivered to be.

Other chronic pain is the subject of research around the world, with sometimes encouraging results, but yet to be scientifically confirmed by more rigorous methodologically studies.

This is the case for the therapeutic use of cannabis in fibromyalgia, certain chronic headaches, endometriosis, sickle cell disease or osteoarticular pain.

Neither the alpha nor the omega of pain treatment

Cannabis-based drugs are by no means the promise of a pain-free life; they should be part of the pain patient’s overall care. The therapeutic purpose of their use to treat chronic pain goes beyond simply relieving pain intensity, although this is often considered the primary goal in clinical trials.

Medicinal cannabis can also have a positive effect on pain-related disorders, such as psychological problems or sleep disorders. The ultimate goal is to improve the quality of life of a patient suffering from a chronic illness so that he can no longer spend his vital energy fighting this pain. It is also to help him work better towards acceptance of this “pain illness” and to find more regular physical activity as well as more positive thoughts. 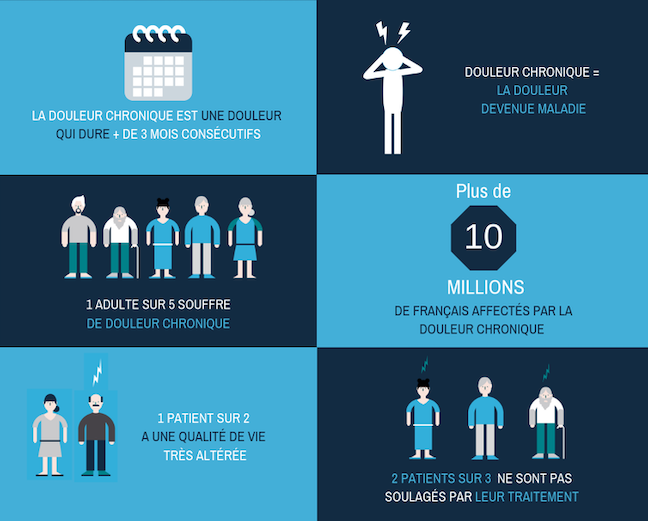 The French experiment will be an opportunity to determine the potential role of these drugs and their prescribing methods in the therapeutic strategies proposed to combat chronic pain. With this in mind, the choice of products based on their composition, in particular in THC and CBD, and the adjustment of dosages remain to be clarified.

Treating a patient with chronic pain should not focus on prescribing drugs, which are only part of the solution. Research on medical cannabis and pain, on the other hand, must be part of precision medicine.

It should be focused on relevant therapeutic goals, more focused on the painful patient than the mere disappearance of his pain.

To this end, complementary approaches that combine real-life studies with conventional clinical studies against placebo or reference drugs should be implemented.

In addition, the entourage effect, according to which the combination of different compounds in the plant would be more effective than if the cannabinoids (THC, CBD, etc.) were administered separately, should be better studied. It is often argued to justify the administration of all of the plant (the whole plant or part of the plant that is used as is and therefore contains many molecules). Medicines based on cannabis are therefore complex mixtures of a few dozen or even hundreds of substances. The possible contribution of other cannabinoids and certain terpenes to their effectiveness will have to be evaluated to optimize their final composition.

Ultimately, it comes down to determining more precisely which cannabis-based product can be prescribed to which patient in order to have the maximum chance of achieving the therapeutic goal. This will improve the cost / effectiveness of these drugs and avoid prescriptions that are too risky or even too much, as we sometimes see in painful patients who are over-medicated yet not relieved.

This analysis was written by Nicolas Authier, psychiatrist and pharmacologist at CHU Clermont-Ferrand, professor of medicine at Clermont-Auvergne University. The original article is published on the website of The conversation.