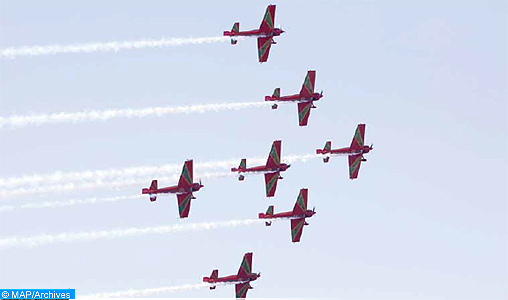 The Royal Air Forces organize on August 21 in the Bay of
Bouregreg, air shows on the occasion of the youth day.

"As part of the festivities to commemorate Sa's 55th birthday
Majesty the king, commander-in-chief and head of the general staff of the armed forces
Royal armies (FAR), the Royal Air Forces have the honor
participate in the festivities that mark this happy event, by
air shows on the Baie de Bouregreg, Tuesday 21 August 2018, op
from 16H30, "Sunday said a statement from the general staff
General FAR.