Beach waste: the "tsunami" of plastic 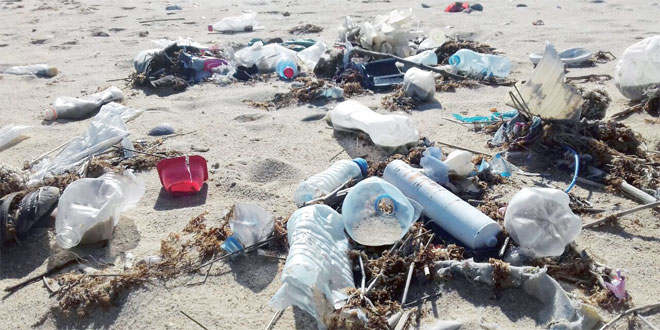 This collection of refuse accumulations on the beaches, carried out by the NGO Zero Zbel, aims to know the nature of these wastes, but also their industrial origin to make the producers aware. (Zero Zbel)

We are still far from the set goals in the area of ​​sustainable development. Morocco is crumbling under the mainly plastic waste that needs between 100 and 500 years to degrade. Even the beaches are not spared.

To prove the scale of this natural disaster, the Zero Zbel association in collaboration with the Heinrich Böll Foundation has just revealed the results of an analysis of the waste collected on 26 beaches. The timing is not accidental, it coincides with the celebration of the world day for the cleaning of the beaches (15 September).

The finding is alarming. According to the results of the audits carried out, this operation made it possible to collect a total of 36,280 waste. On average, each m² of beach contains 35 waste and more than 180 micro-waste that are mentioned. Of this total, 85% of the residues are plastic.

"48% of the waste on which we have been able to recognize a logo comes from commercial brands that belong to three companies that are important players in the soft drinks, bottled water and dairy products sectors", according to the association. . 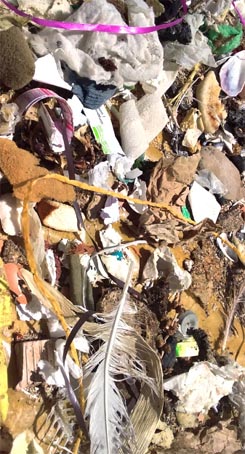 Plastic pollution of the oceans is considered one of the greatest environmental challenges of the century. Through its action, the NGO Zero wants to help Zbel change the regulatory framework in this area (Zero Zbel)

"This approach differs from traditional beach cleaning because our primary goal is to get an in-depth understanding of the waste that pollutes our coasts, in order to identify upstream solutions that can have a major positive impact on reducing pollution of the sea. the beaches ", emphasizes Mamoun Ghallab, chairman of the Zero Zbel association.

The results of the audits confirm that the plastic pollution of the beaches is very large. A problem that has been going on somewhere else for a long time. In 2015 alone, Morocco was named as one of the 20 countries in the world that reject the most plastic in the oceans.

"There is an urgent need for solutions to reduce our plastic consumption and its impact on nature, it requires a mix of solutions, and we have to act at the level of regulation, raising awareness among industrialists and civil society, or educating people. the consumer ", says Mamoun Ghallab.

To make the public aware, the association will organize a series of reflection workshops in the coming months to present the results of these waste audits in detail. Aim: to gather the opinions of various stakeholders (associations, companies, local elected officials, civil society …) and investigate what measures need to be taken. These workshops will result in the publication of a detailed compendium of recommendations.

These solutions and recommendations must be applied at all levels of the value chain: from regulations, to production and distribution practices, to consumption habits, to the waste management system. Mamoun Ghallab already reveals some numbers. According to this activist, plastic sticks must be banned for lollipops. Manufacturers must find another alternative.

"We have to change the law to force the industry to take such measures upstream," said Zero Zbel president. Another recommendation: to prevent clothespins or cotton buds from polluting the beaches, an effort must be made in the filtration and treatment of waste water. 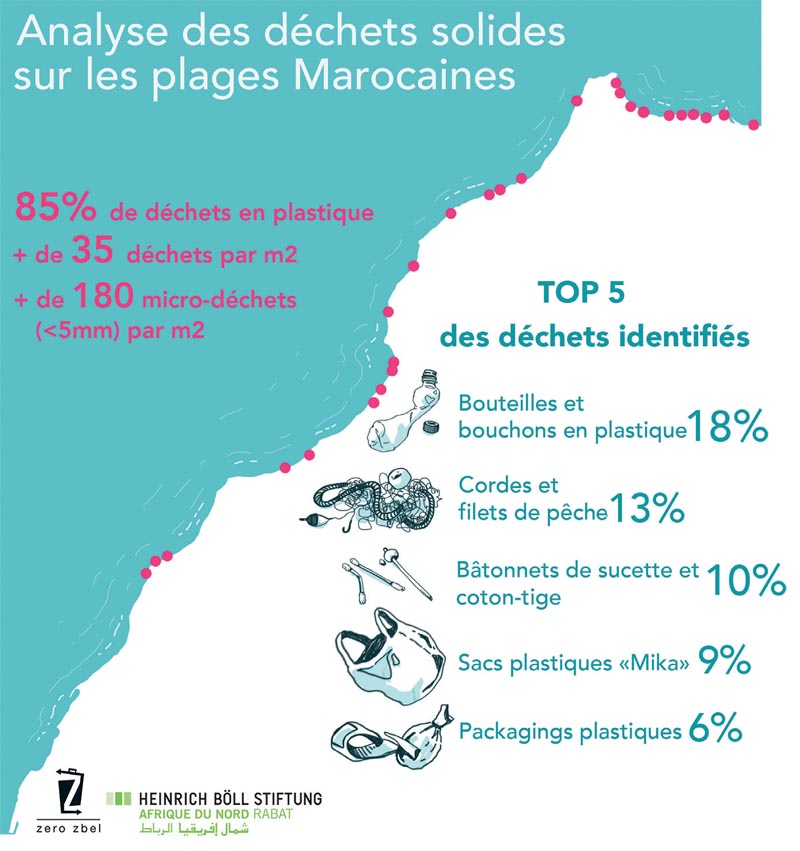 When is a tri-valorization process?

The creation of a tri-recovery from the plastic waste sector is only slowly getting under way. Since the mandate of Hakima El Haite, producers have kept the pressure to revise or even eliminate the eco-tax on the ex-factory sales and import of plastics and finished products. A question that is confusing in the knowledge that it goes against the principle of responsibility and obligation to continue, to repair the damage to the environment, established by the framework law with the national charter of the environment and sustainable development.

This environmental tax is intended to finance the emergence and development of the plastics recycling sector and the integration of the existing informal sector. The fixed percentage is 1.5% ad valorem. The turnover is estimated at almost 157 million dirhams per year.

They feed the National Environmental Fund, which is a special allocation account intended for initiating projects for the protection and improvement of the environment. This income will contribute to the financing of projects aimed at the development of the recycling sector that is being set up. The first projects must be financed from 2019, while they were expected in 2015!

These operations consisted of choosing an area representative of the average condition of the beach and delimiting an area of ​​400 m² that will serve as an example. Then the collection of all the waste and their sorting including micro-waste (> 5 mm) came on samples of 1 m² of sand. Then the waste account and its characteristics, as well as the compilation of all results in a database, are analyzed to analyze them.