House of councilors: Benchemach is being restored for a second term

morocco October 15, 2018 morocco, Nation Comments Off on House of councilors: Benchemach is being restored for a second term 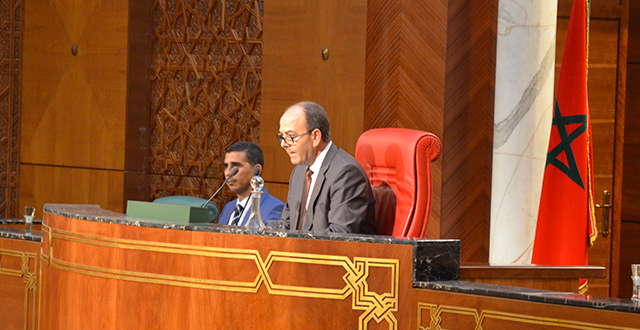 Not surprisingly, Hakim Benchemach will follow himself to the perch of the House of Councillors. By Nabil Chikhi, the chairman of the PJD group in the room, Benchemach had 63 votes, compared with 19 for his competitor.

Today the councilors voted to elect the president of the second chamber of parliament. They had the choice between Hakim Benchemach of the WFP and the outgoing president of the House and Nabil Chikhi, the chairman of the PJD group. Assisted by the decision of Istiqlal not to nominate a candidate, Benchemach was able to achieve a second term as head of the House of Councillors at the last moment, despite the candidacy of Nabil Chikhi.

Remember that the party of Allal El Fassi announced in a statement the unanimous decision of the executive committee not to present a candidate. A few weeks ago the negotiations within the party Adbessamad Kayouh gave serious challenger Hakim Benchamach. The latter had removed Kayouch from only one vote at the presidential election of the House of Councillors in October 2015.

READ ALSO: Presidency of the House of Councilors: the majority still does not have a "common" candidate

A few hours after the announcement of Istiqlal's withdrawal from the election of the chairman of the House of Councilors, the PJD announced in a statement that the general secretariat of the party, after an extraordinary meeting, decided to , Nabil Chikhi, to offer before the vote on Monday, October 15th.

Recall that the head of government, Saâdeddin El Othmani, proposed during the meeting of the government majority Abdellatif Ouamou, lawyer and political office member of the PPP, as "common candidate" for the presidency of the second House.