In Morocco, football is not just about men 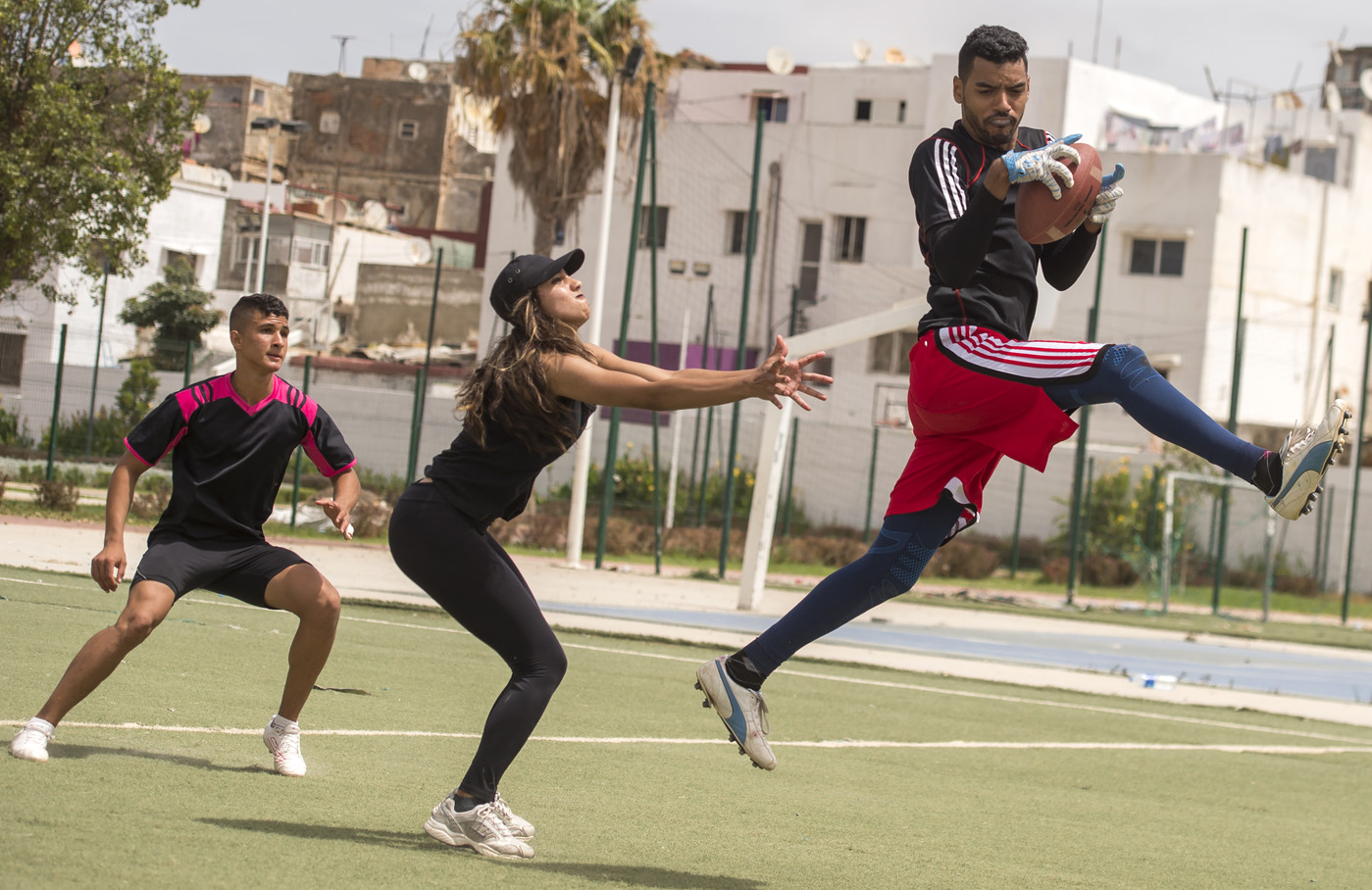 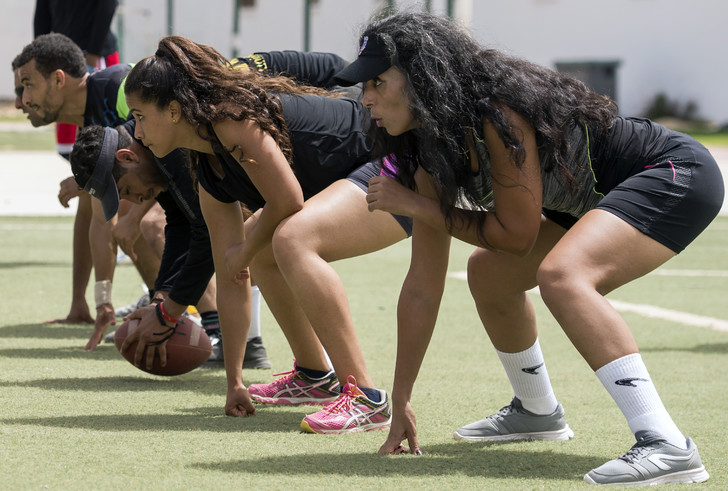 Under the radiant sun of Rabat, the very energetic Ichtar Zahraoui, hood on the head, leads the "Pirates", a soccer team that is, rarely, mixed.

Concentrated and sweaty, they are thirty players and players, usually under 30, to enjoy this great sport in the United States every Sunday, but they are still very confident in Morocco, a country that is passionate about the ball.

"It is not easy to keep young Moroccans from American football," said 39-year-old Ichtar Zahraoui. "It is an aggressive sport that requires a lot of energy, work and equipment," she says.

Due to lack of manpower and resources, players practice in a modest place in the heart of the old town of Rabat or on the beach.

They run, slalom between pickets, position themselves to work their melee tactics … Without complex, women play alternately in the attacking and defensive squadrons.

Usually recruited by word-of-mouth, they are mostly students with – as for their male alter ego – antecedents & # 39; of the sport, for example in judo or basketball. 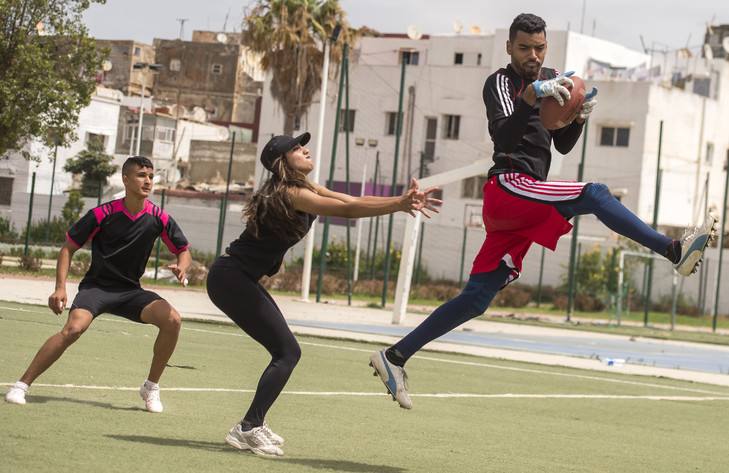 Now, "we are trying to make our sport known and explain to people that football is not a rugby," says Ichtar Zahraoui.

As an autodidactic coach she wants to establish the first real team of the kingdom and counts on the support of an "American coach", or "a big NFL club", the prestigious American football competition in the United States. United, with whom she says she had "interesting contacts".

American football debuted in Morocco in 2012 when amateur teams were born in Casablanca, Rabat or Tangier, two years before a symbolic victory of the national men's team in the – certainly modest – African championship.

In a conservative society in which sport remains largely male, the attachment of dozens of women to this virile discipline has attracted the interest of Moroccan media and curiosity on social networks. 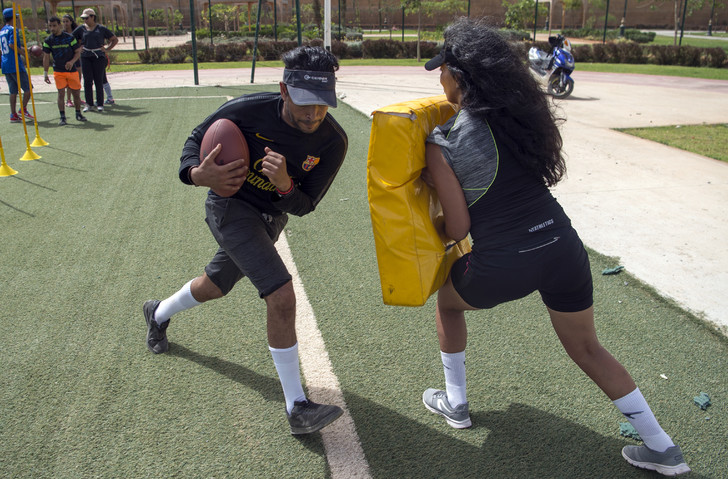 Coach Ichtar Zahraoui (right) coaches a player of the "Pirates" team in Rabat on July 29, 2018 / AFP

Mrs. Zahraoui, she, says she's no problem sexist & # 39; has come across by raising his project, or even with the families of young players.

She wants to remind that "Moroccan athletes have distinguished themselves in sport since the eighties", with as icons Nawal el Moutawakel, Olympic champion in the 400 m hurdles in Los Angeles (1984).

"What we need is teams, a federation, coaches, referees, trainers and a championship," she emphasizes.

In the meantime, the "Pirates" prefer "flag football", a diluted version of American football, without plating and requiring little equipment, to the delight of neophytes.

This is the case of Ghita Ouassil, 21, who became a member of the "Pirates" a year ago, a little bit coincidentally.

"I came to visit a friend's train when I spoke to the coach who convinced me to come and try," says the student in English literature, who regularly participated in the training.

"I used to be shy, but this sport helps to develop a person's personality, self-control and less anxiety," she says.

Moved and proud, Saudi drivers behind the historic lifting of the ban