Ksar el-Kebir: demonstrating the inhabitants against the water cut 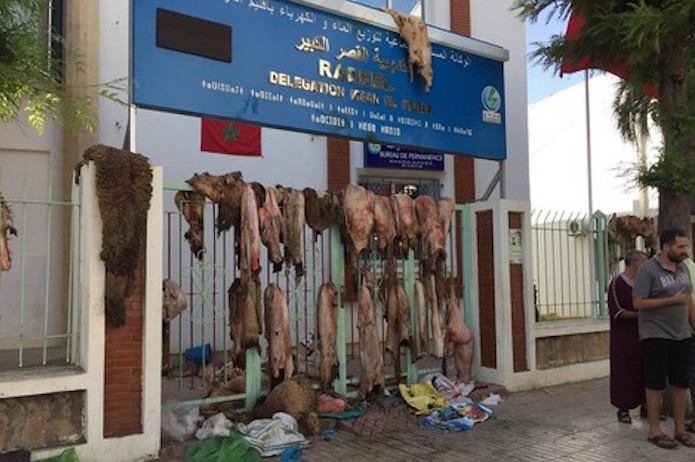 Dozens of citizens of Ksar al-Kebir protested in the morning of the aid for the headquarters of Radeel, the agency responsible for the local distribution of water and electricity. They complained for three days without interruption about the interruption of the water.

Demonstrators expressed their anger by hanging sheepskins on the walls of the Radeel, as well as depositing offal alongside the administration building. Hespress.

Influenced by the water failure, which took place during a sensitive period, the Protestants slogged slogans calling for the departure of the Radel, whom they accused of embezzlement.

They decided to call in the agency because of this "humiliation and violation of the law", in the words of lawyer Driss Tod in a statement to Hespress. The lawyer called for the cancellation of the water and electricity contracts with the agency and an appeal to the court to claim compensation for the damage caused by the water saving on the days of the aid. Especially because the officers of the Radeel did not want to defend themselves to warn the inhabitants of this coupe.

Tod revealed that residents have paid the price of "settling accounts between the national water and electricity council and the independent water agency in the city, due to the accumulation of financial debts that have not been paid to the national office".

The city of Ksar el-Kebir is expected to attend Friday morning protests outside the headquarters of the water supply company to reveal the real reasons behind the water cut for three days.