Mandatory military service calls on the board of directors 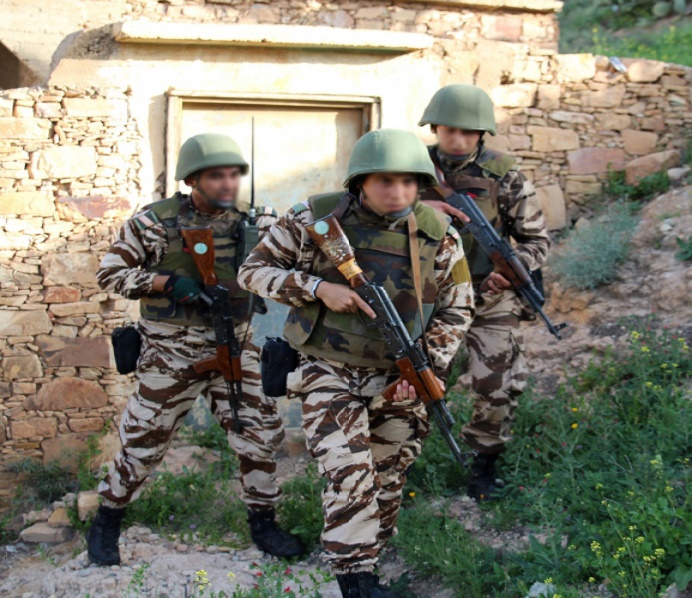 Canceled in 2006, compulsory military service was invited to the Board of Governors yesterday. The fact that this was the only item on the agenda made him believe that his recovery was imminent.
"The rehabilitation of compulsory military service had been considered for at least a year," state sources state the anonymity of some news organizations.
Others have moderated the point: "A decision with such serious economic and safety consequences can not be made from one day to the next, and the re-start of compulsory military service requires years of careful work and preparation.
Financially, the establishment of a military service will cost a huge amount of money for public finances, because the number of young Moroccans will feed, house, arm, train and train. "The army will not be able to do this with its current budget, it will cost more, even double," according to these sources.
Nevertheless, the fact that Bill 44.18 is on the government's table shows a clear desire to put this service back on track and to consider restoring it more or less less long term. What is a decision of importance that has to be analyzed from different angles to understand the ins and outs. And above all, to remind that the Royal Decree No 137-66 of June 9, 1966, which it had instituted, had set as targets "to give the Moroccan citizen basic training that enables him to effectively and under all circumstances. contribute to the defense of the homeland "," a technical and vocational training of a nature to raise its social level and to let it participate in the development of the country "and" to develop in our subjects subject to the obligation to serve under the flag, the sense of discipline and the qualities of devotion, self-denial and sacrifice for causes that, above certain interests, merge with the national interest. "
It took 18 months and concerned all Moroccans who were over 18 years old, but exemptions, exemptions and stays could be allowed due to physical disability, family responsibilities and prosecution. studies, or because of specific situations or of general interest, which are of such a nature as to prevent the completion of active military service, on the understanding that persons who were condemned to affective and infamous sentences were excluded from it.
Prior to his move, he was flanked by a mandatory civil service especially targeted at the winners of universities and colleges and his disappearance was announced by the official spokesperson of the then government who said that "this decision has nothing to do with the events in Morocco ", referring to the recent dismantling of a terrorist cell that intends to carry out attacks in the Kingdom, pointing out that some countries had already taken a similar step that he described as" quite normal ".
Nevertheless, the objective conditions that led to the decision to introduce compulsory military service and to abolish it forty years later are not the same as those which exist today. Indeed, on 23 March 1965 Casablanca was shocked by one of the most bloody student uprisings in the history of Morocco and whose death toll has never been established with certainty.
Three months later, late King Hassan II, the parliament dissolved and decides on the state of emergency, marking the beginning of a dark period in the history of Morocco that extended from the 1970s to 1999, and which has been characterized by unparalleled violence and repression against political opponents and democratic activists.
In such circumstances, the deceased sovereign had decided to call the youths to the colors to give them a sense of discipline, devotion, self-denial and sacrifice to defend the national interests, as mentioned. in the Royal Decree of 9 June 1966.
Batches of them were therefore called to serve for forty years. At least until the adoption in August 2006 of Decree-Law No 2-06-420.
What did this decree say? That the military service has been abolished from 4 August 2006 and that the conscripts who perform their military service remain under the flag until the expiry of the statutory time of their registration.
The question that remains unresolved is: is there any similarity between these times in the past and now? Not so much, if only at the level of the fundamental rights of the second generation that include the rights to work, housing and health.
If the situation was not rosy in the old days of the flower with the rifle, it is much less in this time, leading to the loss of traces and values ​​for many young people who sometimes recede from being leaned with these values ​​that the religion and traditions are either to feed their dreams with volutes of medicines that they will consume gently but surely.
Thus, the call to the colors will enable them to forge their personality on the basis of the strictness, the attachment to the principles, the civic sense, the order, the security of the country, the goods and people and the nation that must are defended against all dangers? We have to hope.