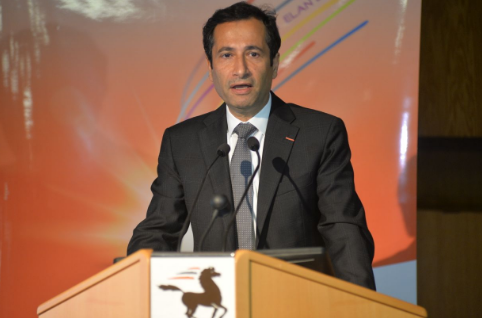 Here is the press release from the royal cabinet:

"In accordance with the provisions of Article 47 of the Constitution, and on the proposal of the head of government, HM King Mohammed VI, may God help him, this Monday at the Royal Palace in Rabat, Mr. Mohamed Benchaaboun received that the sovereign has appointed Minister of Economy and Finance At this hearing, Mr. Mohamed Benchaaboun took an oath before His Majesty the King On the other hand, His Majesty the King, God forbid, gave his approval to the proposal of the Head of Government on the abolition of the State Secretary for Water at the Ministry of Equipment, Transport, Logistics and Water and the transfer and integration of all its responsibilities within the structures and prerogatives of this Ministry, while working on the revision of its organization chart. aim to improve the governance of water projects and projects, their effectiveness and efficiency and the quality of life to strengthen the coherence and complementarity between the various services and institutions involved in water under this ministry, in accordance with the special interest that His Majesty the King gives to this sector. This hearing took place in the presence of the head of government ".