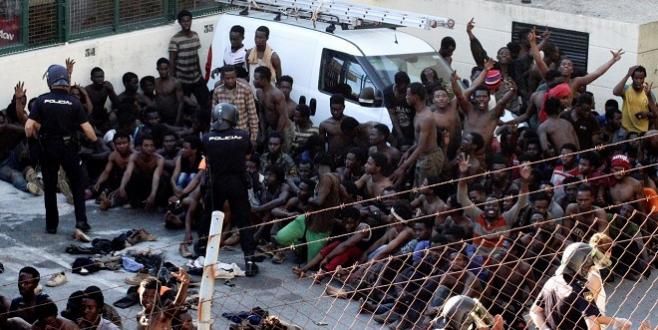 Amnesty International has "expressed serious concern" about the forced expulsion of migrants south of the Sahara by Spain to Morocco. The NGO believes that these practices can "constitute a violation of the human rights of migrants and potential asylum seekers". Because of their speed of execution, the Spanish and Moroccan authorities can hardly guarantee that they have access to an individualized procedure with all guarantees … "Amnesty criticizes, and the NGO is concerned about the fate of unaccompanied minors or sexual minorities.

"It is necessary that the procedures are carried out with safeguards to prevent the administration being controlled by the judge," Amnesty said, while the NGO Caminando Fronteras (Walking Borders) has it, called the operation a "huge violation of human rights by the Spanish Government ".

Continuous cooperation between Spain and Morocco in the field of border control and migration "raises serious objections after repeated complaints about human rights violations by the Moroccan authorities against migrants, asylum seekers and migrants. According to Amnesty these persons must be returned to their country of origin or to the state where they started, in case they do not have the right to remain on Moroccan territory.