Reform of education, made strong commitments to the King 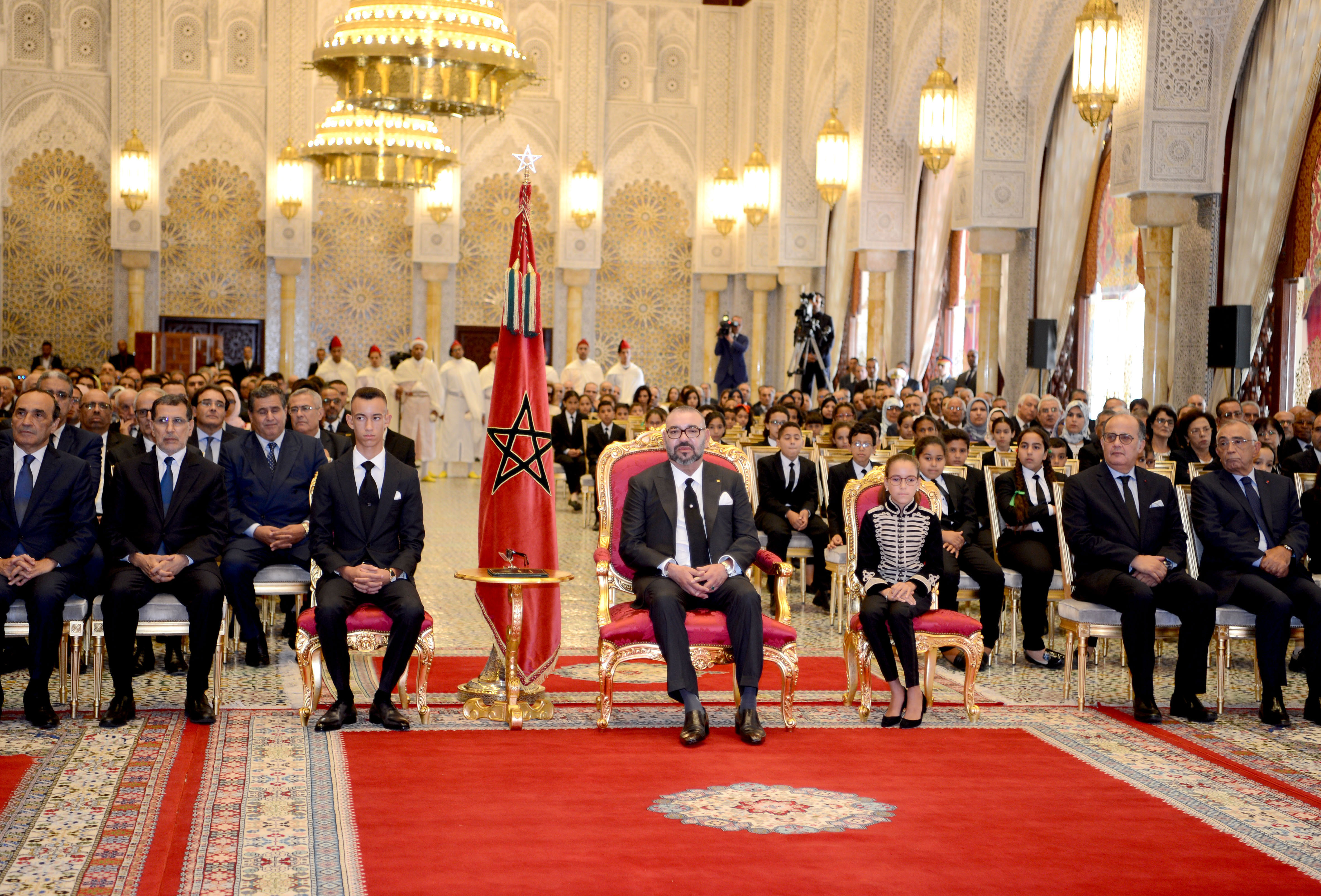 SHARES Reform of education, strong commitments made to the king

King Mohammed VI presided over Monday at the Royal Palace in Rabat, the ceremony of presenting the progress report and the executive program in the field of support for training and the implementation of education and training reform. training.

At the beginning of this ceremony, the Minister of National Education, Vocational Training, Higher Education and Scientific Research, Mr. Saïd Amzazi, gave a speech to HM the King in which he stressed that this program is in accordance with the speech to the nation on the occasion of the 19th anniversary of the sovereign accession to the throne (30 July 2018) and the one pronounced on the occasion of the 65th anniversary of the revolution of the king and of the People (20 August 2018). In these speeches, the sovereign had called upon the government and all actors involved to undertake a comprehensive and far-reaching restructuring of national programs and policies to support and social protection and to ensure a better match between education and employment. on & # 39; a fall in unemployment, especially among young people & # 39 ;, said Mr. Amzazi.

This new program, which takes into account the recommendations of the "Strategic vision for reform 2015-2030: for a school of equality, quality and promotion", reflects the strategic importance of the education sector. education and training related to the future of future generations, as well as the special interest of the Sovereign in the reform of this vital sector and its strong commitment to create the right conditions for its success, he says. It should give a strong impetus to social programs that are aimed at combating all socio-economic obstacles to training and reducing the financial burden on families, according to the minister.

In this context, the "Tayssir" program of conditional financial support and the sustainability of achievements will be consolidated, the program of generalization and development of kindergarten accommodation, catering and school transport and improving social benefits for students in higher education. The implementation of these social programs is likely to contribute to the improvement of the level of education of the beneficiary pupils and the reduction of the school dropout, of 5.7 p.c. Currently at primary school in rural areas to 1 p.c. for the school year 2024-2025 and 12 p.c. currently college in the countryside and in the city 3 pct. for the school year 2024-2025, the minister estimated.

Regarding the issue of education-training-employment, the Minister indicated that the program includes several measures to ensure a better match between education and employment, in particular the diversification of the educational offer and its adaptation to the needs of the job market. the introduction of a new design for open access academic institutions. It is also about the institutionalization and consolidation of vocational training, the establishment of a new generation of vocational training centers that meet the needs of economic operators, in line with regional development plans, the implementation of the national qualifications framework, the review of mechanisms and programs to support youth employment, and the establishment of an efficient and active system of educational, occupational and academic guidance.

And to conclude that the success of this program depends on the support of all stakeholders, as part of a collective and national effort and efficient and effective governance.

In a similar speech, the president of the Mohammed VI Foundation for the promotion of the social services of education, Mr. Youssef El Bakkali, gave an overview of the social projects and programs of the Foundation for the benefit of its members (400,000 ) people) and whose total costs are more than 7 billion dirhams. Mr El Bakkali indicated that, in the context of the guidance of the current dynamics of the reform of the education system, the Foundation adopted a ten-year action program (2018-2028) that meets the needs and expectations of the education professionals, men and women.

This program, adds Mr El Bakkali, mobilizes substantial funding and provides for the realization of several projects aimed at strengthening the health supply for members of the family, at the launch of the second phase of the program. housing support mechanism, the establishment of a support fund for children's access to pre-school education, the completion of the construction of 82 preschool pilot schools and the increase of merit scholarship fund.

King Mohammed VI was then chairman of the signing ceremony of three partnership agreements. The first with regard to the expansion and development of the Tayssir program, boarding schools and school canteens, was signed by MM. Mohamed Benchaaboun, Minister of Economy and Finance and Said Amzazi. The second treaty concerns the establishment of two vocational training centers in the health professions in Rabat and Casablanca. It was signed by Mr Mohamed Benchaaboun, Mr Saïd Amzazi, Mr Anas Doukkali, Minister for Health, and Mrs Loubna Tricha, Director-General of the Agency for Vocational Training and Promotion of Labor (OFPPT). The third treaty concerns the introduction of integrated school programs for "sports study" and programs for vocational training and higher education for athletes. It is signed by MM. Said Amzazi and Rachid Talbi Alami, Minister of Youth and Sport.

The Sovereign was then greeted by twelve students, trainees and student winners for the school year 2017-2018, before proceeding to the decoration of Royal Dutch men of eighteen teachers and officials of the Ministry of Education.