Royal thanks to 450 people, 22 of whom convicted in cases of terrorism 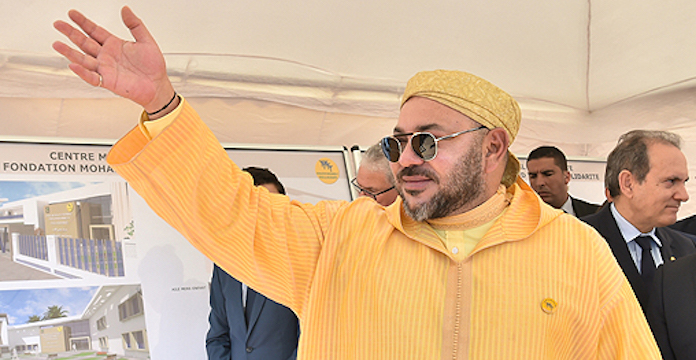 On the occasion of the anniversary of the revolution of the King and the People, King Mohammed VI granted his apology to 428 people convicted by various courts of the Kingdom, some of whom are in custody and others in detention . freedom, as well as 22 people among the convicts in cases of extremism and terrorism, announced the Ministry of Justice in a statement.

Here is the text:

"On the occasion of the Revolution of the King and the People, this year 1439 H – 2018 G, His Majesty King Mohammed VI, may God immortalize His glory, graciously give His grace to a group of persons convicted by different courts of the Kingdom, these people there are 428 of them as follows:

-The recipients of royal pardon who are in detention are 329 detainees as follows:

+ Co life imprisonment for the time in favor of 04 detainees

– The beneficiaries of royal pardon who have the liberty are 99 persons divided as follows:

+ Thanks to the prison sentence and the fine for the benefit of 04 people.

+ Thanks to the fine of fines in favor of 64 people.

On the same occasion, and in realizing the high benevolence of which His Majesty the King surrounds the prisoners of the institutions of the prison without discrimination, nor exception, His Majesty Amir Al-Mouminine, whom God glorifies Him, also has his mercy kindly granted to 22 people among the convicts in cases of extremism and terrorism who participated in the second edition of the program "Reconcili" (Moussalaha), aimed at the reintegration of these prisoners and their reconciliation with society.

This noble royal initiative intervenes in response to requests for pardon that these detainees submit to His Majesty the Shereefian, that God helps and glorifies him, and who does not have the royal approval until after they have revised their ideological orientations and after they have formally announced that they all forms of extremism and terrorism, as well as their (19659004) – The beneficiaries of this high royal initiative is divided as follows:

+ Thanks to the remainder of the prison sentence for the benefit of 17 detainees.

+ remission of the prison sentence for the benefit of 02 prisoners

May God keep his Majesty the King, a source of grace and mercy, keep it as a shore and a safe haven for His homeland, resisting His glory and filling the Sovereign in the person of His Royal Highness, the crown prince Moulay El Hassan and the whole illustrious royal family. God, the almighty, fulfills the wishes of those who beg him. "