The foundations of the Moroccan position recalled by Antonio Guterres 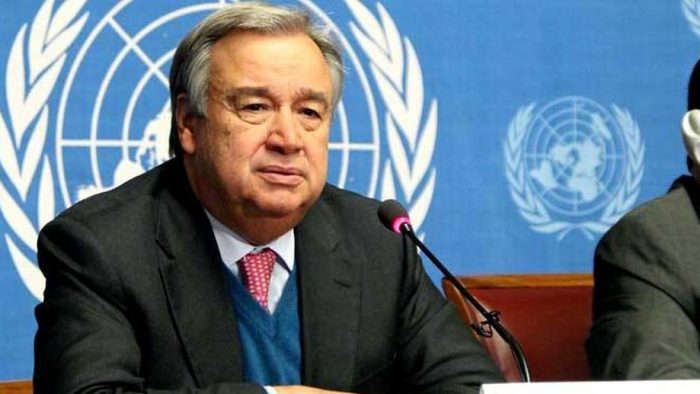 The report of the UN Secretary-General at the 73rd session of the UN GA devotes a long passage to the royal speech of 6 November 2017
The Secretary-General of the United Nations Antonio Guterres has just presented his annual report on the Moroccan Sahara issue to the 73rd session of the UN General Assembly, in which he devotes a long passage to excerpts from his Majesty's speech. the King pronounced on 6 November 2017, on the occasion of the 42nd anniversary of the Green March.
The Secretary-General indicated in this connection that the sovereign emphasized that "Morocco continues to work for working within the political process, sticking to the current momentum sought by the Secretary-General, and working with the United Nations. envoy ".
This commitment, as stated by His Majesty the King in his speech and as reflected in the Secretary-General's report, is based on the basic principles of the Kingdom with regard to the national issue, including the rejection of any solution beyond full sovereignty . from Morocco to its Sahara and beyond its Initiative of Autonomy, the need for all parties to assume their responsibilities to find a definitive solution to this regional dispute, respect for the Security Council, as the only international authority to see the resolution process and the rejection of any outdated proposal to deter the process from the established mandate.
The report highlights the commitments of the Kingdom to pursue the socio-economic development of its southern provinces, as emphasized in royal speech, including: "Morocco will not wait idly until the solution is found." On the contrary, it will continue the measures taken. to promote the development of its southern provinces, in particular by enabling them to connect Morocco with the more southerly countries of Africa. "
In addition, the Secretary-General pointed out the calm that prevailed in the Moroccan Sahara during the period covered by this report.
In addition, the report discusses the first regional tour of the personal envoy of the UN Secretary-General, President Horst Köhler, conducted in October 2017. He reminds that the Moroccan authorities support Morocco's efforts in the personal envoy, reaffirmed that Morocco is "determined to find a political solution to the conflict, based on the Moroccan initiative for autonomy 2007" and stressed the need for Algeria to play a more important role in this. "
This report also mentions the second visit of Horst Köhler to the region last June, during which he visited Rabat and the southern provinces.
Similarly, the report refers to the adoption on 27 April 2018 of the Security Council Resolution 2414, in which the UN Executive Body stresses that progress must be made in the search for a realistic, pragmatic and sustainable political solution & # 39; and calls for "realism and a spirit of compromise."
It should be emphasized that in this resolution the Security Council has confirmed the exclusivity of the UN's political process and has demanded its neighbors, mainly Algeria, to "make an important contribution to the political process and more in the negotiations".
The report of the Secretary-General again confirms the final burial of previous, outdated and inapplicable plans, to which the other parties are always bound. Indeed, the Secretary-General makes an exclusive reference to resolutions of the Security Council that have been adopted since 2007 as the basis of the current political process.