The library of Al Quaraouiyine, one of the must-see places in the world, according to Time magazine – femmesdumaroc 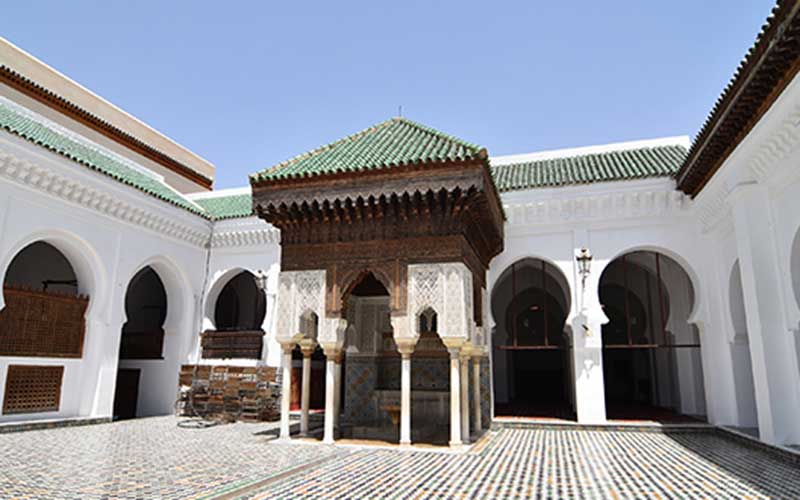 For Time magazine, the Al Quaraouiyine University of Fez library is one of the 100 most widespread places in the world to visit. An iconic place that is considered the oldest temple of reading.

A millennial building and unique manuscripts. The library of the University of Al Quaraouiyine is a place not to be missed in Fez, but also in the rest of the world. Time magazine who made his list of the 100 most beautiful places not to be missed. The university was founded in the 9th century by Fatima el Fihriya, daughter of a wealthy Tunisian merchant who emigrated to Morocco. Within this monument in Arabic-Andalusian style, the library, the oldest in the world. In the course of time she has retained her scientific role in researchers and students and has also enriched the gifts and waqfs sultans, princes, princesses and scholars who have provided it with rare books, as described in the Ministry of Culture and Communication. The library, which has also been open to the public for two years, houses more than 24,000 books and a collection of 4,000 old manuscripts, including a unique copy of the Quran from the second half of the century in golden ink.