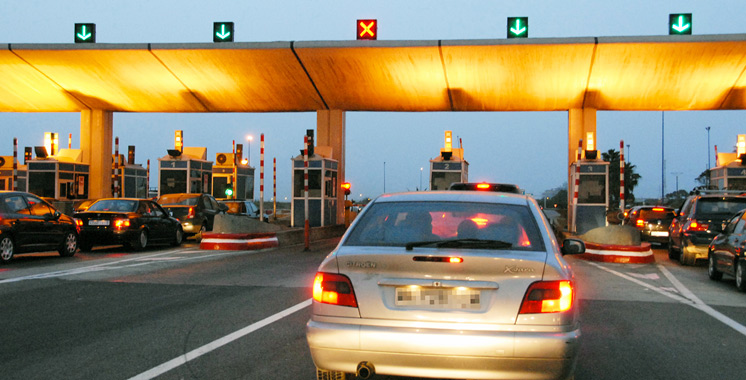 A technique valued by motorists to deceive tolls with peaks of more than 5,000 cases / day

The scene unfolds under the gaze of motorists who are speechless at one of the toll stations on the Casa-Fez motorway. The barrier opens for a car that has just paid the priority, but the next vehicle also uses the opportunity to pass. But the barrier falls faster and it is all the glass of the free rider's car that is being shattered. This is the so-called "small train" technique or the "stroller". It consists of tying the bumper of the car that precedes you to a toll in order not to pay you the right of way. Far from an isolated behavior, cases of fraud at stations and toll stations on the national road network are commonplace. Worse, the multiplication of fraud cases is growing exponentially. While in 2016 civil servants had 800 cases of fraud / day, the number of free drivers today reaches more than 5000 / day. A delicate situation that encourages the presidency of the public prosecutor to request the activation of legal proceedings against fraudsters. In fact, a circular from the President of the Public Prosecutor, Mohamed Abdennabaoui, addressed to the Prosecutors General of the King at the courts of appeal and to prosecutors of the Crown at the courts of first instance, asked the prosecutors special complaints filed by the National Motorway Company of Morocco (ADM). The same circular also invites the judicial police to initiate the necessary investigation, so that the planned legal procedure can be applied as quickly as possible. Public Prosecutors want to limit the damage to a phenomenon that is becoming increasingly important. The amount of damage caused by this type of violation is not even negligible for the state or ADM. But that is not everything. In the circular, the public prosecutor also mentions a very negative impact with material damage, not to mention the accidents at the toll stations and the inconvenience to motorists. Theoretically, the perpetrators of fraud can easily be identified by the authorities. In this sense, the counters at the toll stations on the national road network are equipped with cameras. The scenes of fraud are filmed and the registrations of the cars in question are automatically recorded. It remains to be seen how many complaints have already been submitted by the National Motorway Company of Morocco to the authorities against fraudsters. One thing is certain, given the scale of the phenomenon in daily life, it is probably thousands of procedures that will be committed against fraudsters. However, the rates applied for the use of the motorway network remain relatively low compared to the rates applied by neighboring countries.

What the law says

Although the use of some trenches of the national road network costs only a few dirhams, the fines for fraud can be relatively large. According to Article 184 of the law that constitutes the road code, the violation of the toll is considered a first class ticket, punished with a fine of 700 to 1,400 dirhams. In case of a second violation, the fine is doubled. Custodial sentences are also given for repeat offenders. And with a good reason. The case is tried in criminal cases and the judges can condemn up to ten days in prison. Note, however, that this is a global phenomenon that is not limited to Morocco. In a country like France, toll fraud is counted annually by millions, even if the tariffs in France for the use of the motorway networks have nothing to do with the tariffs in the Kingdom.