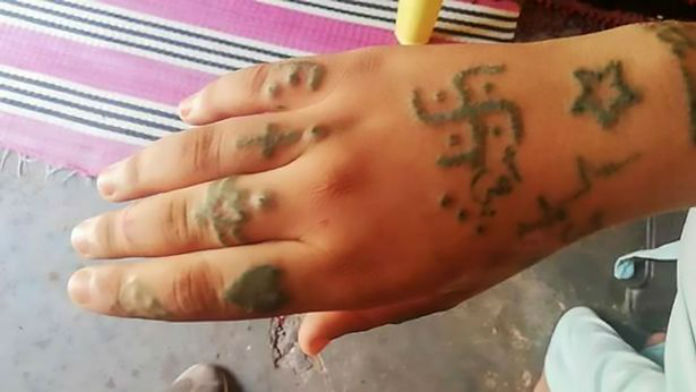 Unicef ​​responded to the Khadija case in a statement on social networks. The organization calls for the rights of the children involved in this case to be respected, whether they are victims, witnesses or accused.

The story of the girl, Khadija, who was the victim of gang rape in the Oulad Ayad region, reacted to UNICEF. The UN organization called on the various stakeholders in this case, including the media "to serve the interests of the child first and to meet the standards for the care of victims of violence".

The organization also wanted to remind that the Khadija case is not an isolated case. According to Unicef, the various courts of the kingdom have processed 5980 cases of violence against children in 2017.

Also read: video. The terrible story of Khadija, raped, tortured and tattooed against her will

UNICEF also seized the opportunity to urge all stakeholders in the Khadija case to make the territorial measures for child protection that the Moroccan government had helped establish as soon as possible.

The published case of the child of the child Khadija challenges the defenders of the rights of the child. UNICEF calls for the rights of children involved in this case to be respected, whether they are victims, witnesses or suspects.
For every child, effective protection pic.twitter.com/Adfwf7Svoz

"These funds should be child and family oriented, promote preventive measures, be based on the management of individual cases, around which care and supply of quality services are organized that are adapted and coordinated to each situation The implementation program for the child protection policy provides for the establishment, on provincial / prefecture level, of a structure for collection, analysis, evaluation and evaluation, guidance and monitoring of the individual situations of children ", we can read about the release.