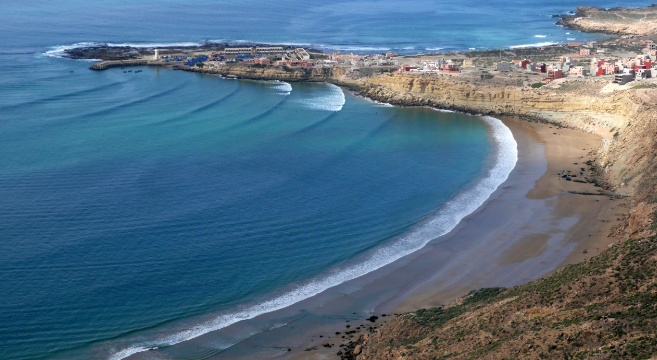 These are the weather forecasts for the day of Sunday, August 19, 2018, issued by the National Meteorological Directorate (DND):

– Hot weather in the interior, the southeast of the country and the interior of Souss. – Unstable clouds with undulating or stormy showers on places on the reliefs of the High and Middle Atlas and the Oriental.

– Low clouds associated with shores of fog or fog or sometimes drizzle in places near the coast. – Stable weather with clear to slightly cloudy skies elsewhere. – Sandhunting in the southern and south-eastern provinces.

– Strong enough wind to strong from the eastern sector on the Tangierois, moderate from sector north of the southern provinces and the center and weak to temperate southern sectors on the southeast and from north to west in general elsewhere.

– minimum temperatures of about 11/16 ° C on the reliefs, 23/28 ° C on the Saiss, Loukkos, the phosphate pits and Oulmes, the plains of Tadla, Rehamna, the south-east of the country and the south of the southern provinces and 17/24 ° C elsewhere in the country.

– Maximum temperatures in the order of 37/44 ° C on Loukkos, the Gharb, the Saiss, the phosphate plateaus and Oulmes, the plains of Tadla, Rehamna, Tensift, the southeastern slopes, the interior of Souss and the south and east of the Sahara provinces, 33/37 ° C in the interior of Chaouia, Doukkala and Chiadma and the interior of the southern provinces and 24/32 ° C near the coast and on the reliefs and the oriental.