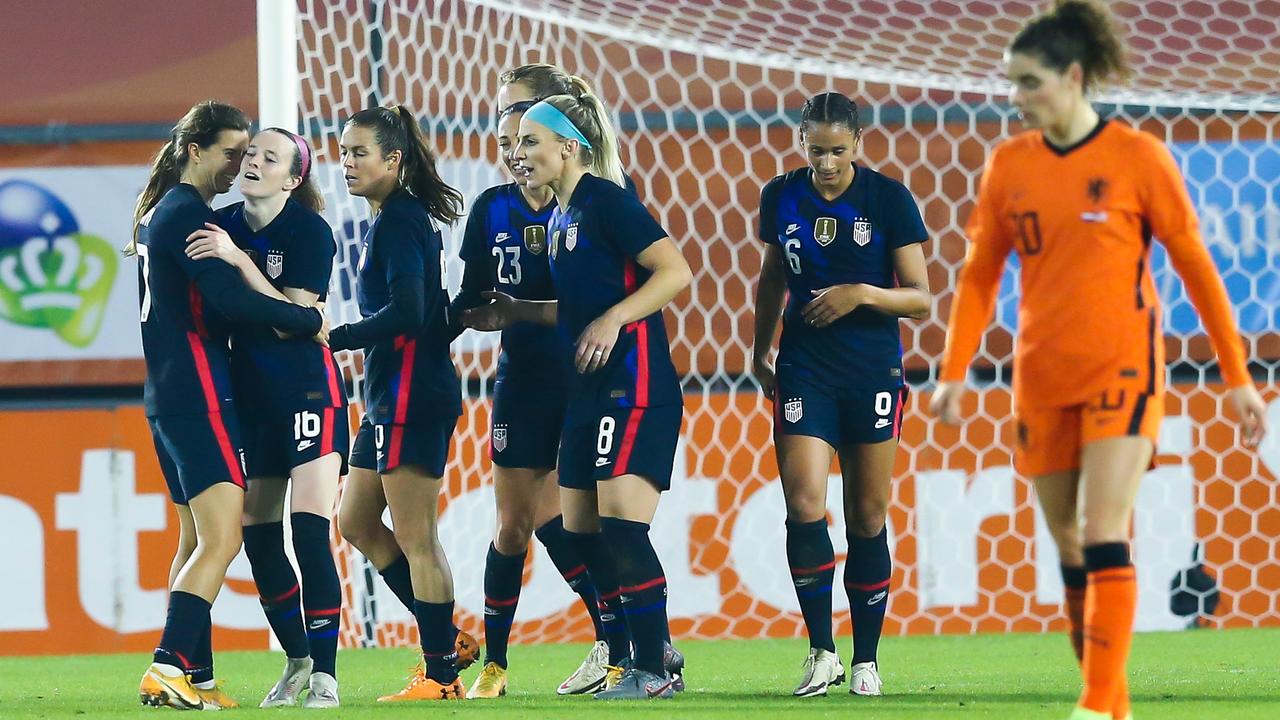 The Orange women lost to the United States in the reprise of the World Cup final on Friday. The reigning world champion was 2-0 too strong in the practice match in the Rat Verlegh Stadium.

The USA was stronger from the start and just before half-time came through a nice goal from Rose Lavelle deserved to 0-1. Twenty minutes before the end, Kristie Mewis made the 0-2 and thus put the same final score on the scoreboard as in July last year in the final battle in Lyon.

The defeat against the US is the first loss for the Netherlands since the World Cup final. The Orange won nine times in the past sixteen months and drew three times. Now that unbeaten series has come to an end.

The American women, who have been at the top of the world for decades, went without a defeat for the 32nd time in a row. The US showed in Breda that there is still a difference with vice world champion Orange, which designated the exhibition game as a measurement point towards the Olympic Games in Tokyo next summer.

Next Tuesday, the Orange women will play the last international match of this calendar year and Kosovo will be the opponent in Breda in the last group match of the European Championship qualification. The Netherlands is already certain of participating in the final tournament in England in mid-2022. 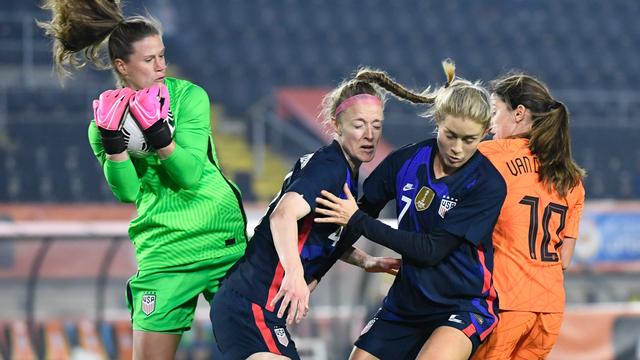 Wiegman absent due to private circumstances

The US star team started on Friday in an empty Rat Verlegh Stadium with no fewer than nine players who also started in the final battle in the sold-out Parc Olympique Lyonnais on July 7, 2019. At Orange, strong holders Stefanie van der Gragt (not fit) and Vivianne Miedema (injured), while national coach Sarina Wiegman was absent due to private circumstances.

With assistant coach Arjan Veurink as ultimately responsible on the bench, the Orange went for the first victory over the US in 24 years, but the game image quickly showed that it was going to be very difficult. Just like in the World Cup final created Netherlands almost nothing.

The US put pressure and that also led to opportunities. Lynn Williams shot just over in the eighteenth minute and ten minutes later it seemed to hit through Christen Press. The striker bypassed keeper Sari van Veenendaal and pushed the ball into the empty goal, but the Netherlands was lucky that the goal was wrongly rejected for offside.

For example, the Orange seemed to reach the break with 0-0, but in the 40th minute there was still the opening goal of the US. Lavelle, who also scored in the World Cup final, cut out Dominique Janssen and shot the ball beautifully into the far corner (0-1). 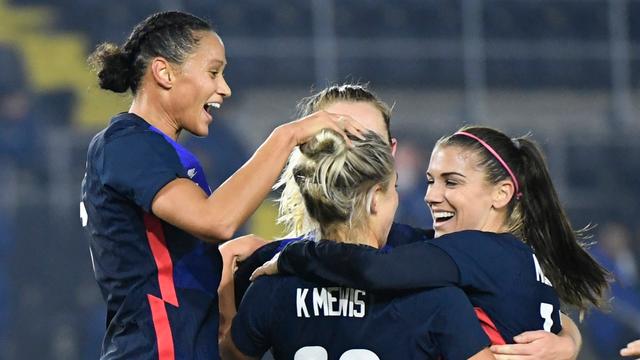 Just before the end of the game, a shot at Orange goal

In the second half, the US, which only played the first international match since March 11 (261 days ago) due to the corona crisis, remained the dominant team. The Orange was able to hold back nicely, but in the front the fast Lieke Martens and Lineth Beerensteyn could not make a fist. Nevertheless, the Orange could still hope for a good result for a long time due to the 1-0 score.

That changed in the seventieth minute. Williams sent substitute Mewis towards the Dutch goal and he pushed the ball in cool and convincingly (2-0). The game was thus decided.

In the last twenty minutes, the US slowed down a bit and the Orange could still assert itself offensively. Three minutes before the end, occasional striker Jill Roord took care of the first shot at the goal of the Netherlands, which was turned away by keeper Alyssa Naeher.

After that, Alex Morgan scored for the US, but that goal was rejected due to offside, so that the Orange lost with the same numbers as in the World Cup final.