Russia's rival Tesla? The prototypes of Kalshnikov may never go into production 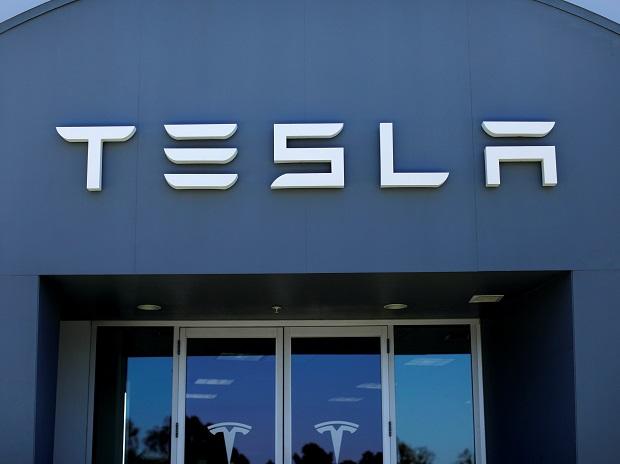 It is easy to laugh at the goofy prototype of an electric vehicle that invoices the Russian company Kontsern Kalashnikov as a competitor of Tesla. Yet there is a serious story behind the surprising recent turnaround of the maker of the vehicle, the creator of the iconic AK-47 assault rifle.

The prototype of the CV-1 was introduced this year at the annual exhibition of the Russian Ministry of Defense. It has the body of an Izh Kombi, a clunker made in Izhevsk, where Kalashnikov is located, between 1973 and 1997. The electric vehicle seems to have been designed to fit into a popular Russian meme used to describe awkward technology and lifehacks "Whadja think of that, Elon Musk?" But Kalashnikov will probably not even try to massively produce the car. The prototype is only a way to draw attention to the bold diversification of the company, away from weapons. The company also makes and sells other electric vehicles: on Friday it signed a preliminary deal to supply UM-1 electric motorcycles and the UV-4 electric quadricycles to the United Arab Emirates.

In 2013, two business men, Andrei Bokarev, whose company makes rail cars, and Alexei Krivoruchko, head of the successful company that runs trains between Moscow's airports and the city center, were allowed to buy Kalashnikov, and then loss-making government property. Krivoruchko became the chief executive. "People made things, but they did not know why," he recalled in a Forbes Russia interview in 2016. "Until 2014, the company did not make any new products, the last one had been on the conveyor belt for 20 years."

Despite its globally well-known brand, Kalashnikov's export was weak: simple and reliable AK machine guns are made without a license around the world. The Russian army did not trust the company and canceled an important contract. Demotivated workers earned small salaries; engineers continued to invent new products, but the production side showed no interest in them in the absence of sales and marketing functions. It was a Soviet enterprise transplanted to the 21st century.

Krivoruchko reduced costs, hired marketers and vendors, put the new designs of the engineers into production and started a series of small acquisitions to expand to drones and military speedboats. Kalashnikov was hit by American sanctions in 2014 after the annexation in the Crimea and lost the lucrative American market for his weapons, which accounted for about 70 percent of his firearms sales. Nevertheless, the company showed profits in 2015 after years of loss.

The billionaire Iskander Makhmudov bought an interest in Kalashnikov, which kept the state less to a minority. In 2017, Makhmudov and Bokarev sold their interests to Krivoruchko, who became the controlling shareholder with 75 percent of the company. In 2017, sales reached 14 billion rubles ($ 208 million at the current exchange rate); This year it is reported that the revenues will amount to 22.5 billion rubles.

Most of the money comes from weapons, sold on the domestic market and exported to about 20 countries. But Krivoruchko has striking ambitions beyond the drones and the boats. He even tried to make a line of hunting clothes. This hunger for attention explains the electric vehicles and an equally bizarre exhibition at the expo of the Ministry of Defense of 2018, a 4.5-tonne manned walking robot that is meant for the army.

Kalashnikov would like to take the free publicity even if it comes with ridicule. Since June, the company is run by its former marketing director Vladimir Dmitriev. Krivoruchko was appointed deputy defense minister for the acquisition of weapons – a potential conflict of interest, but also an opportunity to solve the Russian problem-related defense industry.

Can a sanctioned Russian arms maker take over Tesla with a grim Soviet legacy? The idea is ridiculous, of course. But the trolling of the American icon by Kalashnikov helps to draw customers' attention to an unusual story of a flexible, agile Russian private company that has separated itself from an unmanageable state-owned company, Rostech, to make money and search for global markets for his cost engineering. In an economy dominated by giants such as Rostech, Krivoruchko's performance at Kalashnikov is an example of what could happen with a little more room for private thirst.