Anger on the road: the cyclist takes off, bashes window of the driver 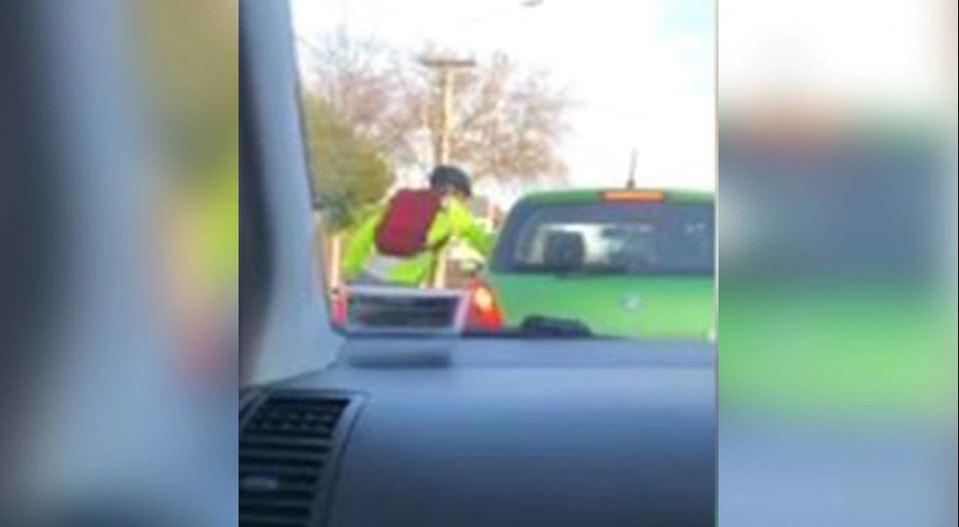 Shocking images came from a Christchurch cyclist who misused a female driver and rattled her car window.

According to a witness, the cyclist tried to drive a bus when it was cut off by a car, causing the cyclist to rage.

"The cyclist gave the signal to drive around in a bus, after which the green car crossed the center line to move, but suddenly cut straight through the cyclist who nearly hit him", the witness told the New Zealand Herald.

While the traffic is stopped, the cyclist sees the green car approaching before he tries to pull the doorknob and throw abuse to the female driver.

But after he has received no response from the driver, he starts to get out.

Images captured by a witness show the cyclist four times furiously with his fists on the car window before he gets away frustrated.

The incident took place at Gloucester Street in Christchurch at 8 o'clock this morning.

The witness told the Bode that he was "surprised" about the reaction of the cyclist.

"The car came very close to him, but he probably did not have to react like he did."