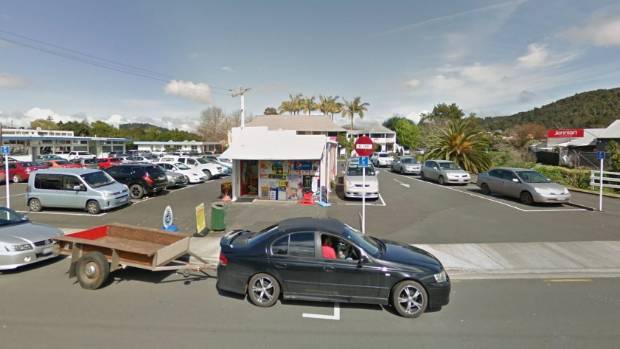 Knife-wielding robbers tried to kidnap the baby of a Whangarei dairy owner.

The dairy owner, who does not wish to be named, said that the armed robbers invaded at the Rainbow Dairy on Rust Ave on Tuesday afternoon at 1:00 PM.

His wife, who was in the store, tried to turn on the dairy factory's fog cannon, but it did not work.

The robbers then jumped over the counter and told his wife to give their 2-month-old baby, he said, before she took the baby and escaped to a back room in the store.

READ MORE: The growing violence has to do with dairy owners after a series of robberies

Video footage showed that one of the robbers was carrying a knife, the owner said.

Since the robbery, the family was stressed and his wife had been crying all night, he said.

"My wife said she would never be able to work again," the owner said.

The one was armed with a weapon, he said.

"They demanded cash and cigarettes from the supervisor before they fled the scene on foot," said Overton.

The police dog department collected items of interest that had been thrown away, he said.

Two young people aged 15 and 16 were arrested and accused of a serious robbery.

They would appear in the Whangarei District Court on Wednesday.

"Several members of the public helped the police with valuable information and the police thanked them for their help, which resulted in the quick understanding of both perpetrators," said Overton.

A police spokeswoman said that the police are still investigating the circumstances surrounding the incident, but no kidnapping costs have been incurred.