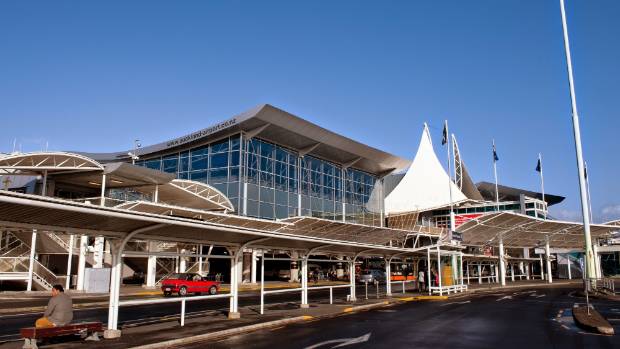 The Australian authorities sent 14 detainees back to New Zealand.

A police statement said that twelve men and two women were met and assessed at Auckland International Airport on Tuesday.

"New Zealand authorities were aware of their arrival through established information sharing arrangements," the statement said.

"On arrival, the group was assessed by police and partner agencies, including the Department of Corrections. The group was assessed by the police on Tuesday after returning by the Australian authorities.

"The priority for the police is to ensure the safety of the community and to help bodies that are responsible for facilitating their reintegration into the community."

The group has returned under the Law on Return and Reconference (2015), which allows Corrections to manage and control offenders who return from abroad.

Non-offenders, who have been removed under the good character laws of the Australian country, are checked by the police.

Between January 1, 2015 and August 3, 2018, approximately 1394 New Zealanders were removed from Australia since the change in Australian legislation in December 2014.

The latest deportations come after a series of increasingly more rough exchanges between New Zealand and Australia about the problem.

The High Commissioner of New Zealand to Australia, Chris Seed, told a parliamentary committee in Canberra that the issue of Kiwi deportees was "corrosive" to the trans-Tasman relationship. Foreign Minister Winston Peters said many New Zealanders questioned the expulsion of Kiwi passport holders who had never been found guilty of crimes in an Australian court.

Minister of Foreign Affairs Winston Peters has also turned things upside down, suggesting that Australia gives Kiwis a "fair suck of the sav" in front of the Tasman.

In a speech to the Australian Press Club, Peters said many New Zealanders questioned the expulsion of Kiwi passport holders from a country they may never have known and never found guilty of crimes in an Australian court.

Peters also took care of Australia during the detention of a 17-year-old New Zealander and his obligations under the UN Convention on the Rights of the Child.

More than half of Australia's visa cancellations in 2017 were New Zealanders, even though New Zealanders account for less than 10 percent of the population born abroad.

In his statement to the Australian Joint Standing Committee on Migration last week, Seed said because of their unique immigration status, New Zealanders were more vulnerable than other long-term immigrants to be subject to Australia's visa cancellation and expulsion regime.

He expressed his concern about the growing number of New Zealanders who reside for a long time in Australia and who have been deported, without being tried for the alleged crimes which led to their visa cancellation and who have no criminal record of 12 months or more.

There was no concern about their access to justice, but about the protection of the community in New Zealand when people were deported without any meaningful bond with their country of citizenship.

The treatment of Australia by minors was particularly worrying, said Seed.