Boys reportedly sexually abused by a rugby coach from Auckland together, says lawyer Alosio Taimo goes to the Supreme Court in Auckland with 83 graves of sexual offenses that he has refused.

Young boys who were allegedly sexually abused by a rugby coach from Auckland talked together, according to his lawyer.

The 55-year-old pleaded Monday not guilty of all charges.

On Wednesday, prosecutor Jasper Rhodes opened the Crown case and told the jury all 83 graves of sexual violence against the 18 complainers who were now between 13 and 42 years old and they should declare him guilty.

Taimo was sued with 50 offenses in 2017, but when his name was announced, more complainants emerged.

He is accused of touching the young boys, violating them sexually or inciting them to initiate or perform sexual acts.

The alleged violations took place at Taimo's home, in his car, at school sports barns, in a classroom, in a park and at a birthday party. 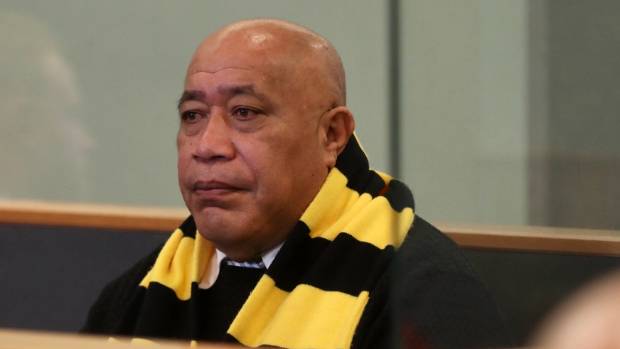 Taimo used his position as a teacher assistant to help the young men excel in education and rugby, the court heard.

"… have their heads together and talked about these kinds of things and that's why they came up with these sexual accusations and you'll see the evidence of it," said Le & # 39; au & # 39; anae.

"If he was doing these things … why would you keep going back?"

The court heard how it was impossible for Taimo to hurt sexually against the boys at home because there were always a number of people present.

"Are you going to do this in broad daylight?"

In his case opening, the Crown said Taimo often and repeatedly sexually abused 18 young boys between 1987 and 2016.

All complainants thought they could not speak to Taimo because he was a respected and trusted member of the community, the jury heard.

"Taimo abused the trust of complainants and their families for his own sexual gratification.

"It's no coincidence … it's the truth … the suspect is guilty," Rhodes said.

The youngest victim was only 9 years old when Taimo sexually abused him, Rhodes said.

Taimo was a high-ranking member of the community and the Crown claimed that he had used his position of trust to enable him to take care of the boys.

Taimo came to New Zealand from New Zealand in 1987 and lived with his sister before moving to his own home, the court heard.

"This is where the younger boys would stay with him at night and where many of the insults occurred," said Rhodes.

The court heard that Taimo was working at a fast food store and a freight company before he worked as an assistant teacher.

"He was personally involved in selecting a small group of guys to act as sports monitors," Rhodes said.

"Through all these connections he got to know the young boys and his families and he became familiar.

"He would regularly let a number of boys sleep."

The first 10 complainers were connected through school and a rugby club, but were of different ages.

The court heard that the alleged crime came to light when the first complainant was tapped by talking to his aunt about it.

"He told her that he (Taimo) had touched him and sexually abused him."

The older cousin of the first complainant was also allegedly sexually abused by Taimo.

The aunt called the police and they began to investigate, said Rhodes.

The court heard how Taimo told the young boys a number of times that he loved them while they sexually abused them.

On one occasion, while a complainant slept in Taimo's lounge, he woke up at night to see that Taimo sexually abused him, the court heard.

The young boy told him to get "lost", but Taimo reportedly called: "I'll do everything for you and that's how you pay me back", Rhodos told the court.

Some of the boys reportedly had showers in Taimo's house, where he also sexually abused them, the court heard.

One of the older complainers who is now 42 claims that he was physically attacked by Taimo and forced to comply.

He told his mother when he was in his thirties about Taimo's sexual insult against him, the court heard.

"She went with others to see Taimo and confronted him and he dropped to his knees, said it was true and would never do it again."

Another boy remembered that he "growled" when he pulled his hand away and cried himself to sleep after Taimo had assaulted him indecently, the court heard.

Some of the older complainants had revealed to various people over the years about Taimo's sexual insult to them when they were children.