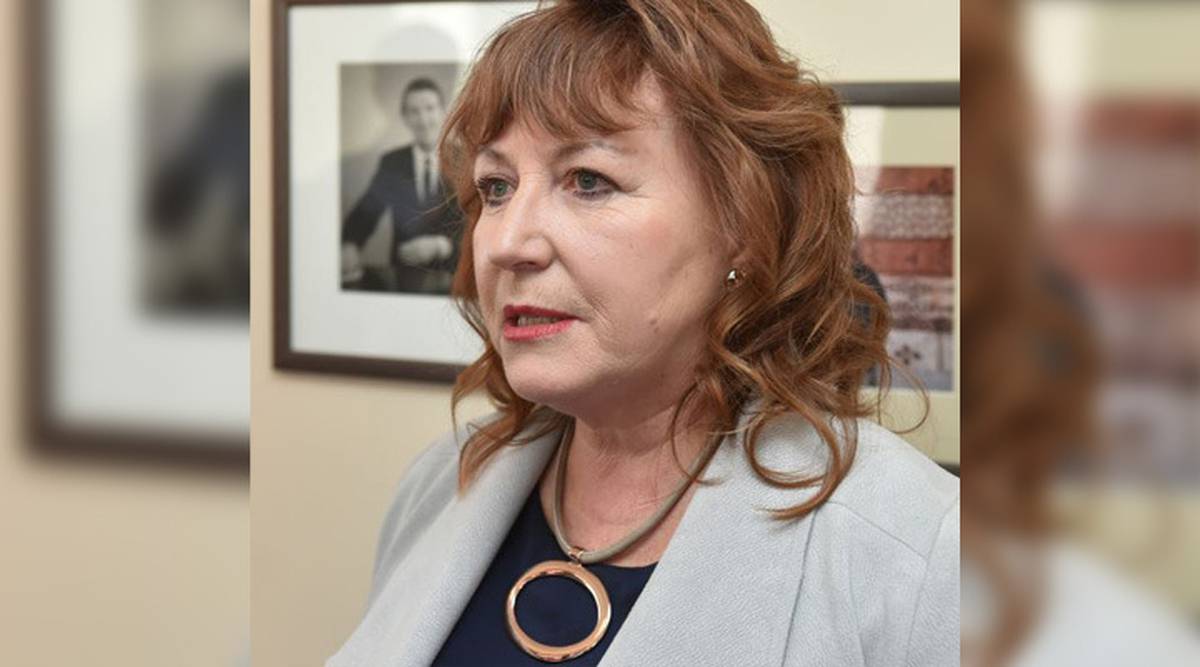 Clare Curran was fired from the cabinet and stripped of her open government portfolios after she did not unveil a meeting that was set up with her personal e-mail account.

The February meeting with entrepreneur Derek Handley was about his interest in the vacant position of Chief Technology Officer.

It was held at 8 o'clock at Curran's hive office with no one else and was not placed in her diary.

The following month Curran responded to a written question from National, but failed to make the meeting public.

It was her second strike, after a similar omission regarding a meeting with former NZ boss Carol Hirschfeld earlier this year.

Curran offered her resignation today after she had not recorded a meeting with entrepreneur Derek Handley in February.

"That is not good enough and that is why she was removed by the cabinet," Ardern said this afternoon at a press conference at her electorate office in Morningside.

The omissions created an "impression and perception that is not transparent and that I do not tolerate, especially from a minister of publicity".

Curran is stripped of its open government and government services for digital services, but maintains its broadcasting and ACC roles. She will no longer be in the cabinet.

Act leader David Seymour said that the punishment was the equivalent of a "slap on the pulse with a wet bus ticket", and showed that the prime minister was "weak".

Jacinda Ardern had to fire someone who was unfair to her, the public and the parliament. & # 39;

Ardern claimed that it was a serious relegation and was in proportion to her mistakes.

"I do not want any questions about the issue of Chief Technology Officer.

"This issue is about simply not being recorded in a written question." That was the offense, the fact that she had the meeting, is again not the problem.

"Of course it is a message to all members of my government about the expectations we have of them." Minister Curran lost two portfolio "s which she cares a lot."

The Prime Minister was told about the matter on Monday when Ardern said that Curran was mistaken.

The issue emerged during the final stages of the appointment process for the CTO vacancy.

"I believe it was a conversation that worked when the minister first contacted one of the candidates.

"It was not evil … she just can not remember why it was not in her diary, but that is not good enough, that's why she was taken out of the cabinet."

The State Services Commission will examine the CTO nomination process to ensure that the meeting between Handley and Curran has no impact on the process or outcome. The SCC reports before the appointment is made.

Handley remains a candidate for the CTO position. An appointment is expected soon.

The meeting was the first time that Handley and Curran had met, Ardern said.

Ardern said the issue was entirely about Curran's behavior, not Handley's.

"I would like to offer my sincere apologies to Mr Handley, who has been brought to this issue without his fault".

When she spoke in Dunedin, Curran said that she was very sorry.

She promised to continue in Parliament and said, "I just want to put my head down and concentrate on my portfolio."
She would also continue to represent her electorate.

Asked whether she hoped to return to the cabinet, she said she was only working on "doing the best possible job in the portfolios I have".

She said "to the absolute best of my knowledge" there were no other undeclared meetings.

"As with every MP and every minister mistakes are made.

"The most important thing is to be as responsible as possible and I think I am definitely responsible and have to pay a fairly high price today."

Correspondence released by the Curran office leaves Handley Curran on Twitter on February 13 about his interest in the role of CTO. The February 27 meeting was later set up using the Curran gmail account.

In March and in response to a message from Handley, sms & # 39; in Curran via a Mbie email address where requests could be sent.