Five injured in a crash with Lee Stream from 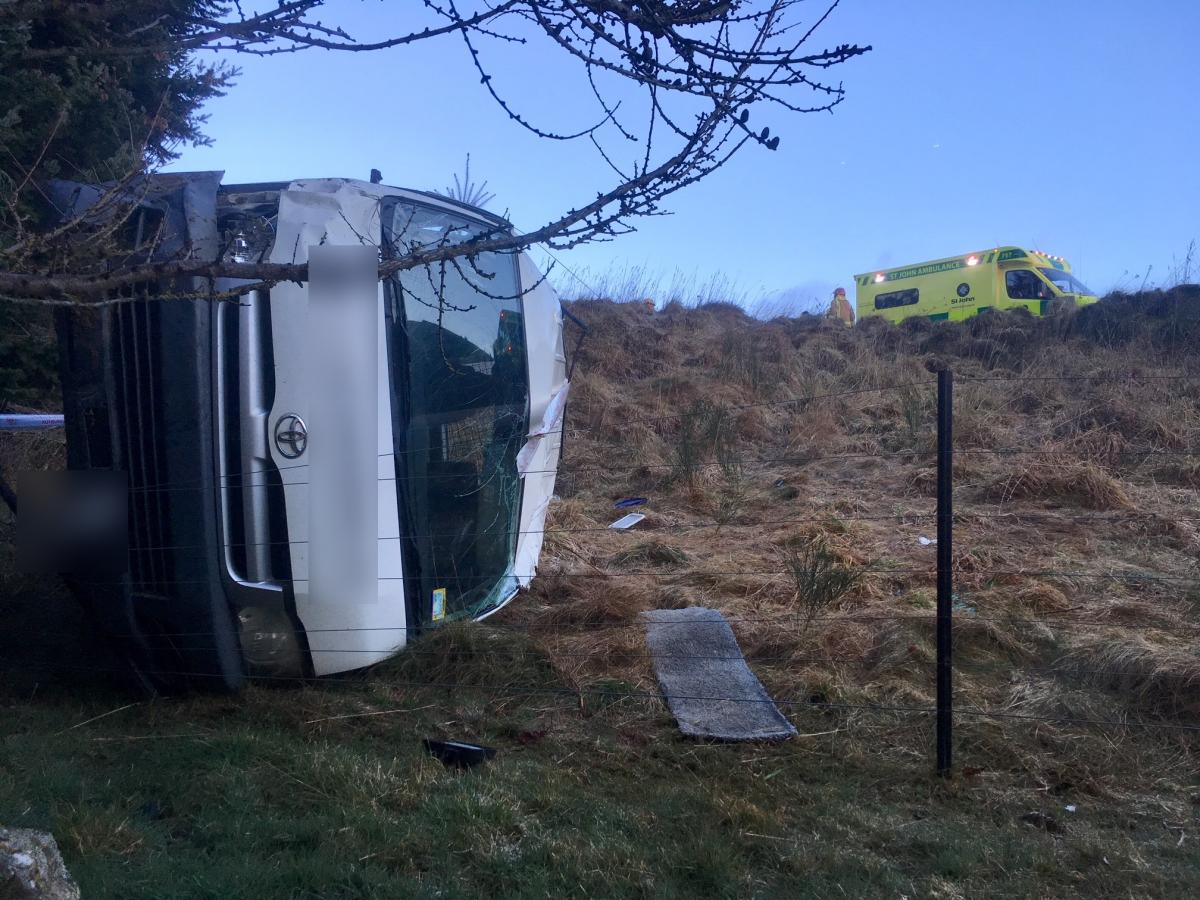 A person at the scene of a crash where a carpenter left the road on the ice at Lee Stream this morning says that all five wounded did not wear a seatbelt.

A spokeswoman for the police said they were called to the crash on Lee Stream-Outram Rd at the intersection with Lee Stream Rd at 6.27.

Seven people were in the van when it crashed and five were taken to the Dunedin hospital, two with serious injuries and three moderates.

Relief workers on the scene said the van had just crossed the Lee Stream bridge when the ice hit before leaving the road and a gully crashed.

The van ended up on the side next to a fence.

The driver and a person sitting on a passenger seat wore seat belts and escaped without injury.

The five rear passengers did not wear seat belts and were all injured.

The police said there were reports that the part was "very slippery".

Three ambulances were called to the crash and left just after 7.30.

Fire Brigade and Emergency New Zealand crews from Outram and Lookout Point were still at the scene just before 8 o'clock awaiting a grit wagon.

The serious crash unit of the police was on the road from Central Otago.

The NZ Transport Agency warns against black ice in SH87 between Outram and Middlemarch.