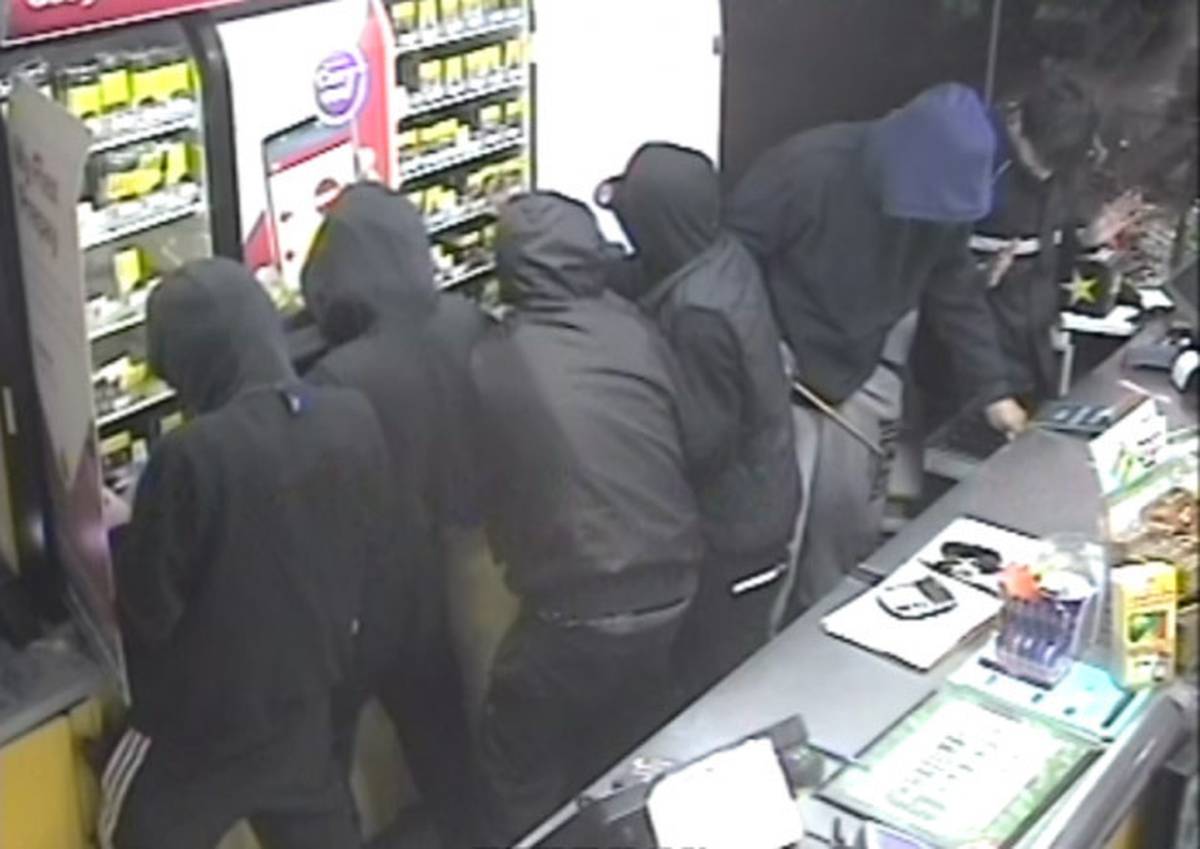 Safety images of five masked men who storm a gas station at Christchurch overnight have been released by the police.

At the last armed robbery of a city service station – the third in just over a week – the five offenders burst into a Caltex petrol station on Main North Rd in Redwood shortly after midnight.

Two of the men were armed – one with a crowbar and one with a tomahawk.

They demanded cash and cigarettes before they fled into a car that was later abandoned.

The police say "fortunately nobody was badly injured in the incident".

Now they call on witnesses or anyone with information to come forward.

At least three of the offenders wore "Starter" caps with the silver sticker label on top, police said.

Anyone with information that can help the police in identifying and locating the offenders is asked to call Christchurch Police on 03 363 7400. Information can also be provided anonymously via Crimestoppers on 0800 555 111.

An aggressive and masked trio held the Challenge gas station on Hills Rd in the Edgeware area of ​​the city at 7:30 pm last Sunday.

It came two days after a man armed with a hammer robbed the Bryndwr Challenge petrol station, again with cigarettes and cash.