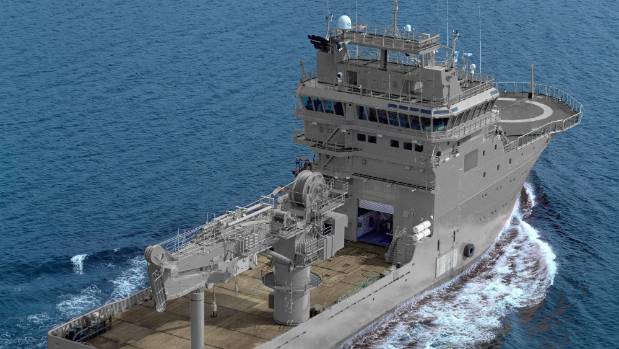 The government has announced that it will spend $ 103 million on a new naval vessel that is used for specialized diving operations and research on the seabed. the MV Edda Fonn is expected to be in use by November 2019.

The government has squeezed money to replace the Navy dive and the hydrographic vessel after the frigate upgrade cost outage.

On Wednesday, Secretary of Defense Ron Mark announced the latest news in a recent flood of major defense missions. 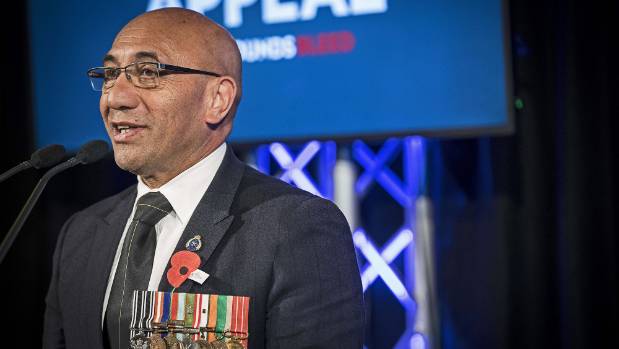 Secretary of Defense Ron Mark says the new vessel will ensure that the current capacity differences for diving and hydrography are filled as quickly as possible.

The ship would be used for submarine search and rescue operations, surveillance of the seabed after earthquakes such as the Kaikoura quake in 2016 and the removal of unexploded mines on the Pacific islands.

The project budget for the purchase, modification and commissioning of the dive and hydrographic vessel is $ 103 million.

Plans to replace the aging HMNZS resolution and HMNZS Manawanui with a single ship began under the previous government, and the money was then appropriated.

However, an $ 148 million frigate upgrade budget eruption meant that some of the money previously marked for the new dive and hydrographic ship had to be diverted to cover the overpaid funds. This meant that Mark had to set his sights on a second-hand ship, instead of a new building. 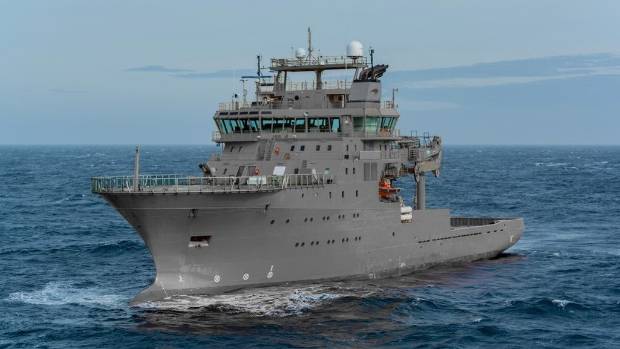 The MV Edda Fonn gets a new name when he is hired by the Navy.

"The MV Edda Fonn will be a great asset to the Navy," Mark said.

"It will not only meet the needs of the government, it will be three years earlier than a newly built ship would have been."

"This ship will ensure that the current capabilities gaps for diving and hydrography are filled as quickly as possible, with a proven, well-tested platform," Mark said.

"Defense officials have subjected the Edda Fonn to a substantial investigation prior to the purchase … We have been assured by independent experts that it is in excellent condition and will handle the operations for which the Defense Force will use it."

The ship, owned and operated by the Norwegian company Østensjø Rederi, was designated as the most suitable option from a first list of 150 offshore and subsea support vessels considered by defense officials.

The modern design and systems of the dive and hydrographic vessel would improve capacity, speed, safety and capacity compared to previous ships, according to Mark.

Some of the new features include a 100-tonne storage crane, a remote-controlled vehicle and a contemporary dynamic positioning system designed to enable specialized marine divers to achieve greater effectiveness and safety in a wider range of conditions.

This purchase is the latest in a series of major upgrades of equipment for the New Zealand Defense Force.

The current upgrade of the two frigates in New Zealand would be completed in November for an amount of $ 639 million.

And in July, Mark announced the purchase of four Boeing P-8A Poseidons to replace the aging P-3K Orion maritime surveillance aircraft for $ 2.3 billion.