Greens get concession in reviewing the law to consider bottling water 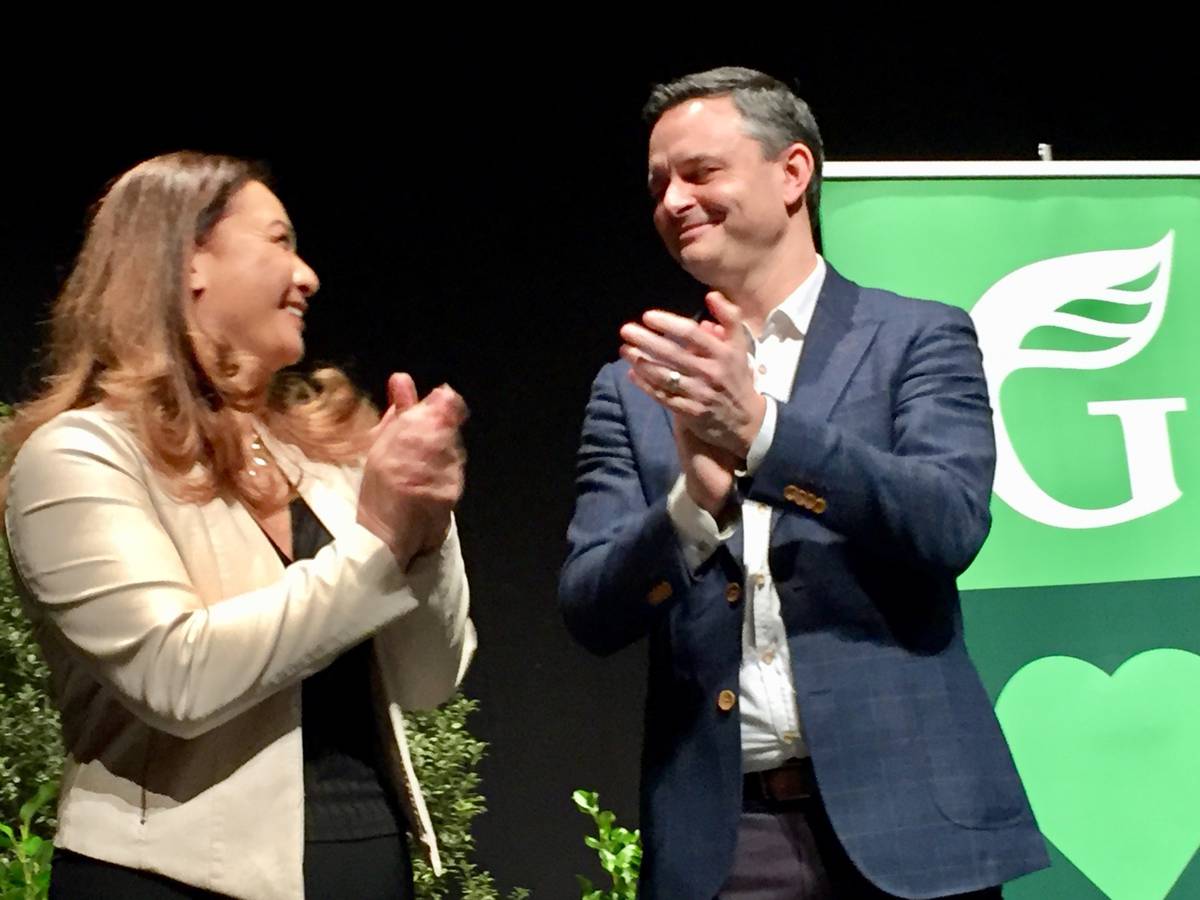 The sale of water from New Zealand to overseas bottling companies was one of the reasons the government changed, says the co-leader of Green Party, James Shaw.

His co-leader Marama Davidson today announced that the Greens have a commitment from her government partners that the issue of sales of water, particularly to overseas bottling companies, would be viewed to be included in any changes to the Overseas Investment Act.

"You remember the election campaign, the water and especially the sale of water and in some issues around bottled water were one of the real big problems, and I would like to say that it is one of the reasons that the government in fact has changed, "Shaw told reporters.

Both Labor and New Zealand First promised during the election campaign to praise water, Labor through a broad pricing system and NZ First through a royalty.

Their coalition agreement to impose a tax still has to come to nothing.

National opposed a levy and a repo There was no question of possible pricing on behalf of the previous government.

Davidson said that under the previous national government there was very little protection for water.

"We have succeeded in getting this, an obligation on the agenda, trying to regulate the law and make that protection stronger, especially for the sale of water," she said.

A second series of changes in the Overseas Investment Act and under the concession won by the Greens is underway, the assessment will now consider whether water extraction is a factor considered when considering whether a sale should be approved.

"The benefits to the New Zealand criteria that can be used to approve or reject sales do not include water recovery, they should do it," said Davidson, the party's waterteacher.

"We will review the benefit clause in section 17 of the Act and ensure that problems with water extraction are paramount," she said.

"Water should not be for sale to the highest bidder." Changing the law is an important step towards protection for future generations. "

The announcement made at the Annual General Meeting of Green Party in Palmerston North today, was joyfully welcomed by the more than 200 members of the party who attended. 19659002] Some sales of New Zealand assets to overseas owners are classified as sensitive under the Overseas Investment Act and require ministerial approval.

Ministers are currently limited in their decision-making to economic factors only, not environmental factors [19659002]. This was the case for the Conservation Minister and the Green Member of Parliament Eugenie Sage when she closed the expansion of a water bottle factory in China at Whakatane.

She and her party were widely criticized by supporters of the Greens who put it as a slap in the face for party values.

In her keynote speech on the first day of the two-day meeting, Davidson said straightforward ownership of water anathema to both Māori and Green values.

"The Greens recognize the intrinsic value of fresh water and the inalienable right to be protected against pollution and overuse, but we are also very clear that Māori rangatira and kaitiaki have rights over water, guaranteed in Te Tiriti o Waitangi . "

De Kroon had the responsibility to work with tangata for the protection and restoration of water.

"To this, the Greens hold on to our old position, protecting the environment and recognizing Māori's rights go hand in hand, you can not achieve one without the other."