Is the "token degradation" of Clare Curran a sign of weakness? 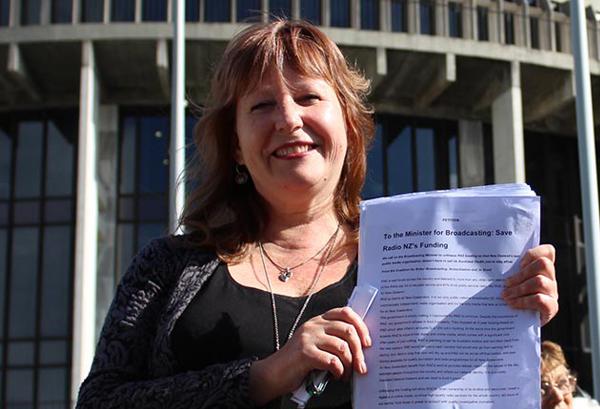 The decision to allow Clare Curran to keep one of its ministerial portfolios after being dumped from the cabinet is a sign of government weakness, said Brett Hudson, spokesman for the Digital Services national government.

Such claims follow the news that Curran – responsible for all things that are digital within the government – has been removed from major portfolios after disclosing a second undeclared meeting.

Premier Jacinda Ardern announced the move at a press conference outside her electorate office in Auckland on Friday, August 24th.

As reported by Reseller News, Curran lost its government ministry and responsibility for Open Government after an unreported meeting in February with tech entrepreneur and astronaut pending & # 39; Derek Handley.

"It is almost comical that Ms. Curran, who had the Associate State Services (Open Government) portfolio to this day, failed once or twice to answer Parliament's written questions accurately," said Hudson.

"Her punishment is a slap on the pulse with a wet bus ticket, she keeps her salary for the ministers and all the extras that come with it, despite the fact that she has shown that she can not be a minister."

The meeting was reportedly about the recruitment of a chief technology officer of the government, a position that is still vacant after a lengthy and somewhat incoherent recruitment.

Curran did not include the meeting or mention it in a written answer for a question from the opposition, but remains Minister of Mission and Deputy Minister for ACC.

read more Clare Curran has been dumped out of the closet

"It is not good enough that Curran took five and a half months to correct her answer to a written question and finally acknowledge that she had a meeting with Derek Handley, who had shown interest in the CTO role created by the minister ", Hudson added.

"From a minister who promised that this would be the most open and transparent government in New Zealand's history, this is a dizzying failure of the process."

Earlier this year, Curran argued within the government and Radio New Zealand after a similar unreported meeting with broadcaster Carol Hirschfeld.

"Mrs. Curran's first indiscretion, the much-published breakfast meeting with Carol Hirschfeld in December, suggested that Mrs. Curran was out of her depth, but this last failure removes any doubt," Hudson said.

"So that makes the premier's decision to allow Ms. Curran to keep her Broadcasting, Communications and Digital Media and Associate ACC portfolios all the more confusing."