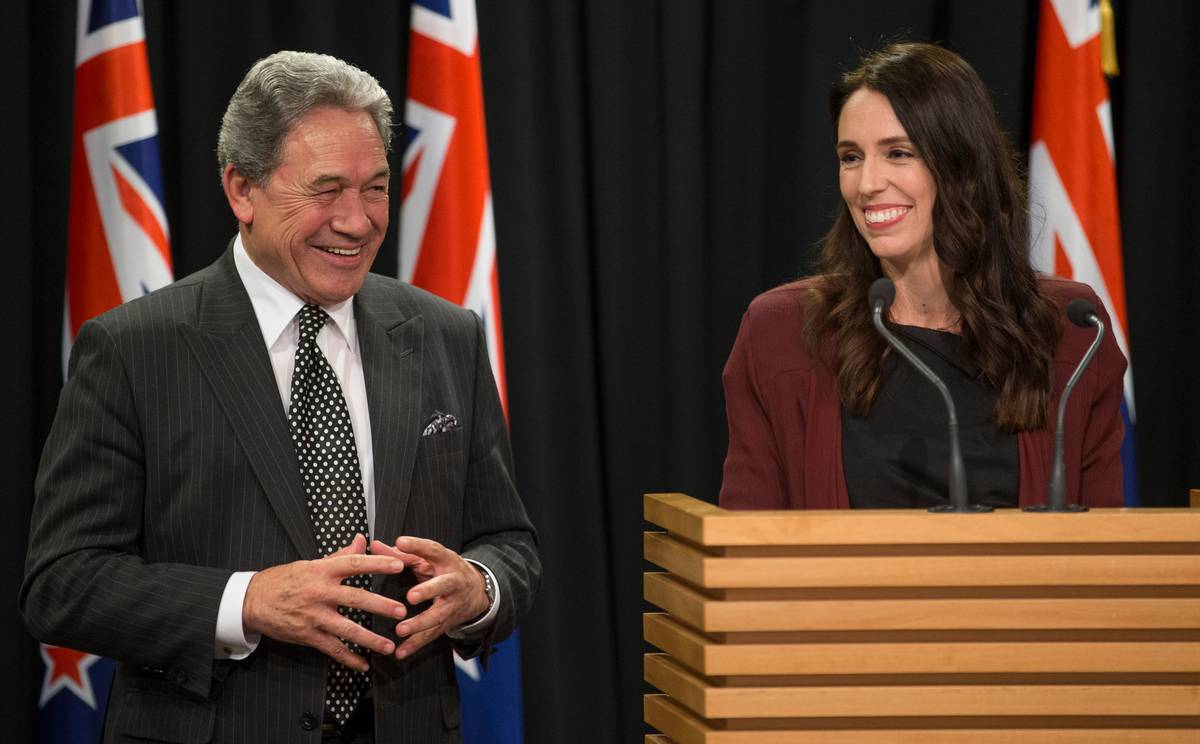 Minister of Foreign Affairs Winston Peters leaves Tuesday to Canberra for talks with his counterparty, where two sensitive issues are expected to be raised: detention of New Zealanders without charge, and offshore asylum seekers.

Peters is not going to meet Peter Dutton, the Minister of the Interior who has followed a hard line on both the deportation of Kiwis and New Zealand's offer to have 150 asylum seekers at sea for Australia in Nauru and PNG processed.

But Peters and Ardern increased the temperature on both points today. Peters said New Zealand would never treat Australians in New Zealand as Australia deals with New Zealanders – by keeping Kiwis with a criminal record from the past.

And Ardern said she wanted the offshore asylum seekers to be discussed at the Pacific Islands Forum within two weeks – which is held in Nauru.

She said she will meet World Vision this week, who has just asked to bring the 150 asylum seekers' offer directly to Nauru – where 119 children are being held.

Peters refused to comment on what it would mean for the transTasman relationship as Dutton's prime minister would be amidst the current political turmoil in the liberals.

"If something happens in Australian politics – and I could say that it has been fairly common over the last 15 years – then my job is not to comment on it."

"Right next door with our closest economic partner, very wise to keep our advice," he told reporters.

"I will not speak to Mr. Dutton, but I will certainly make it very clear in a speech I make to the Australian Press Club in Canberra, which I expect from a country that has the same foundations in law, in British law. that we have. "

I hope at least one expectation that I will at least have the opportunity to get acquainted with some of the issues surrounding refugees on the island. Which form that needs is not yet clear.

The two countries had never needed each other since the Second World War, he said. But there was no reason why New Zealand or countries like Samoa who believed in natural righteousness "should not make our Australian cousins ​​clear what we expect."

"We would never apply that law to an Australian in New Zealand, without first appealing to the court of our country."

Last year more than 600 New Zealanders were deported with criminal recrods on the grounds of "bad character".

Peters specifically appealed to Dutton to release a 17-year-old who had been detained for several months in an adult facility.

He said he did not expect him to raise the issue of asylum seekers during his visit to Australia – but he said at a separate press conference before Ardern's remarks at her press conference after the cabinet.

And even if he does not pick it up, chances are that the Australian Foreign Secretary, Julie Bishop, will warn New Zealand to raise the issue in Nauru. It can be well seen by Australia when it comes to interference.

Ardern reiterated that New Zealand's offer to apply part of the asylum seekers equally to the offshore processing centers of Australia on Nauru, just like Papua New Guinea.

New Zealand had made the offer directly to Nauru in the past, but it had said it wanted to work through Australia.

When asked if she would put it on the Pacific Islands Forum, she said: "I can imagine that in many other cases this will probably be the subject of discussion at PIF."

Asked whether she would consider visiting the detention center on Nauru, she said she would be there for a limited time and that "time constraints are a bit of a problem given the PIF program & # 39 ;.

"I have the hope that at least I will at least get the chance to be exposed to a number of problems around refugees on the island, which form that is not yet."

The Nauru government has informed journalists on the forum that their visas will be issued on condition that they only report on the forum.

She said that New Zealand would never enforce expectations about what would or would not be reported in New Zealand.

"I would maintain that same principle for our journalists wherever they travel," she said.

But she agreed that the question of the asylum seeker would at least be discussed by forum leaders.

"I'm not clear if it's part of the agenda, but that will not stop the conversation, I'm sure."